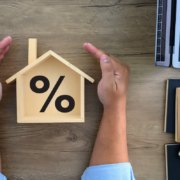 The average 30-year fixed-rate mortgage increased slightly to 2.80% for the week ending on July 29, halting a streak of weekly declines, according to mortgage rates data released Thursday by Freddie Mac‘s PMMS.

According to Sam Khater, chief economist at Freddie Mac, while there is some uncertainty about the Covid-19 Delta variant, the housing market is still enjoying record low rates.

“As the economy works to get back to its pre-pandemic self, and the fight against Covid-19 variants unfolds, owners and buyers continue to benefit from some of the lowest mortgage rates of all-time,” said Khater.

Mortgage rates have rarely exceeded 3% this year, despite predictions that 2021 would bring a return to higher levels. Economists and investors are closely monitoring any indication from the Federal Reserve that it may begin tapering of mortgage backed securities and bond purchases.

So far, the Federal Reserve has not indicated it will change its accommodative stance until substantial further progress is made in the labor market.

At a press conference following the Federal Open Market Committee meeting this week, Federal Reserve Chairman Jerome Powell said there was some “ground to cover” in the labor market before tapering its $120 billion in monthly asset purchases.

Since March 2020, the Fed’s asset purchases have been split between $80 billion of U.S. Treasury bonds and $40 billion of mortgage backed securities each month, which keeps the cost of long-term borrowing low. A year ago at this time, the 30-year fixed-rate mortgage averaged 2.99%.

Despite the low cost of borrowing, the housing market is showing signs of sluggishness.

Ten-year Treasury yields decreased sharply last week, according to a report from the Mortgage Bankers Association. Investors are increasingly concerned about the rise in Delta variant cases, and what its economic impact will be, according to Joel Kan, MBA’s associate vice president of economic and industry forecasting.

That led to the 30-year fixed mortgage rate declining to its lowest level since February, the trade association reported. 30-year fixed-rate mortgages with conforming loan balances ($548,250 or less) decreased to 3.01% from 3.11% for the week ending in July 23.

The 15-year mortgage rate also fell to a record low last seen in 1990, declining 10 basis points to 2.36. Those ultra-low rates naturally resulted in a sharp uptick in refinancing activity.

“With over 95% of refinance applications for fixed rate mortgages, borrowers are looking to secure a lower rate for the life of their loan,” Kan said Wednesday.

But the low rates made little difference in the purchase market, which is still grappling with record home prices. The purchase index decreased to for the second week in a row to its lowest level since May 2020, continuing its third month of year-over-year declines.

The purchase index was down 1% from the week prior, and down 18% compared with last year.

The Federal Housing Finance Agency also reported that May home prices were 18% higher than a year ago. The Mountain Region, which includes Arizona, Colorado, Idaho, Montana, Nevada, New Mexico, Utah and Wyoming saw the sharpest yearly increases. Home prices in those states grew 23.2%, per the FHFA report.

“That continues a seven-month trend of unprecedented home-price growth,” Kan said. “Potential buyers continue to be put off by extremely high home prices and increased competition.”

The post Mortgage rates creep up slightly to 2.80% appeared first on HousingWire.