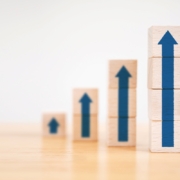 This is the second consecutive week rates have risen above 3% — a trend not seen since July of 2020. At its current pace, the Mortgage Bankers Association is forecasting rates will reach nearly 3.5% by the end of 2021.

“But even as rates rise modestly, the housing market remains healthy and on the cusp of spring home-buying season,” said Sam Khater, Freddie Mac’s chief economist.

So long as rates stay in this 3% neighborhood and do not quickly climb above 4%, potential homebuyers will likely not be dissuaded by the modest increase, Mike Fratantoni, MBA’s chief economist noted.

“All in, the combination of robust demand in the housing market, constrained but growing supply, and rapidly rising home prices will result in a strong spring market and a record level of purchase volume for the year, according to MBA’s forecast,” Fratantoni said.

However, Logan Mohtashami, lead analyst at HousingWire, is predicting that higher mortgage rates will cool down housing demand.

“We should all be rooting for a cool-down to keep home prices in check. But we need to entertain the possibility that higher mortgage rates won’t be high enough to dent price growth and multiple bid situations during purchasing,” Mohtashami said.

The S&P CoreLogic Case-Shiller U.S. National Home Price NSA Index, covering all nine U.S. census divisions, reported a 10.4% annual gain in December, up from 9.5% in the previous month. If home prices continue to increase at rates three to four times the rate of income growth, it will slow the purchase market – especially for price-sensitive, first-time buyers, the MBA reported.

“Even with rates expected to stay low, an early warning sign would be a sustained drop in purchase application volume,” Fratantoni said.

And lenders may already be expecting some decline. For the second consecutive quarter, mortgage lenders expect profit margins to decline in the months ahead, according to a report from Fannie Mae.

“The recent rise in the 10-year Treasury yield is putting some upward pressure on mortgage rates,” said Doug Duncan, Fannie Mae’s chief economist. “Some lenders commented that for now they are willing to absorb some of these costs to maintain volume. However, in the longer term, continued upward pressures on interest rates would likely dampen home sales and mortgage originations as lenders raise mortgage rates.”

The post Mortgage rates continue to rise to 3.05% appeared first on HousingWire.