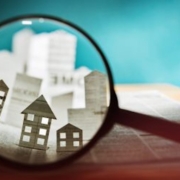 Mortgage lenders and real estate investment firms this month entered tight housing markets in the Midwest and the Northwest to better reach prospective homebuyers, despite a challenging mortgage market.

While many lenders laid off some of their staff to cut costs, others continue opening offices to capitalize on demand from homebuyers. Among them are Geneva Financial, a mortgage lender headquartered in Arizona, which opened a branch location in Chicago, and New Western, a real estate investment firm, which also launched its first office in Chicago, marking its expansion with its 43rd office location in its 19th state.

Led by Irma DeLoen, Geneva Financial’s Chicago branch will offer products including conventional and government loans, such as loans from the Federal Housing Administration (FHA), Veterans Affairs and U.S. Department of Agriculture (USDA).

Geneva Financial, founded in 2007 by Aaron VanTrojen, has more than 130 branch locations in 46 states, according to the firm.

Chicago’s housing market started out hot in 2022. About 1,820 homes were sold in the city in January alone, a 7.2% increase from the same time a year ago, according to Compass. Nationally, there was a year over decrease of 2.3% during the same time.

“The spring market is already off to a strong start, particularly for single-family homes, with a 33.5% increase year over year for properties under contract, indicating that demand in the city remains strong,” said Elizabeth Anne Stribling-Kivlan, Compass’ senior managing director.

But that hasn’t been a deterrent for all firms.

New Western, which specializes in distressed residential investment properties, aims to revitalize $543 million in residential properties in the Chicago market over the next five years. The company estimates there are about three million “aged properties” in the Chicago area alone, with almost 88% of them built before 2001.

“Providing affordable housing, especially in large markets like Chicago, is vital,” said Kurt Carlton, co-founder and president of New Western. When we help bring distressed properties back to the market, it’s up to 31% less expensive than a new construction home.”

New Western calls itself “the largest private source of investment properties in the country,” connecting more than 100,000 local investors looking to rehab houses with sellers. Since its establishment in 2008, the firm said it has bought and sold about $12 billion in residential real estate.

Planet Home Lending, a mortgage lender and servicer, also has a new team in Portland, Oregon, where it will focus on borrowers looking to work with homebuilders. Headed by sales managers Tim Hattan and Tom Bond, as well as loan officer Dalton Clark, the team has expertise in construction lending, which can help buyers determine whether a construction loan will be a viable option.

“Planet is in a unique position because there are very few non-depository lenders offering a construction product,” Hattan said. “That is only one of the great things I think Planet brings to the area that were not here before. We plan to open other offices in Salem, Eugene, Medford and the Bend/Redmond area and believe they will have a positive effect in the communities we want to serve.”

Planet Home Lending’s Oregon branch will provide conventional government loans as well as bridge loans that focus on bridging the gap between buying and selling a home, the company said.

The firm also said its personal digital mortgage assistance program, Skymore by Planet Home Lending, will allow consumers to apply for a home loan via their mobile advice. Borrowers and real estate agents can track the loan progress and submit paperwork electronically.

Rely Home Loans has plans to expand into Florida and Arizona. PMG, a firm that has more than five brands, will get new leadership as Rely Home Loans president Manfret Roesner takes the helm.

Earlier this year PMG added full-service lenders Prosperity Mortgage and Vision Mortgage Group. In 2019, PMG added two brands, one of which was Legacy Home Loans, which focuses on increasing the Black homeownership rate in America.