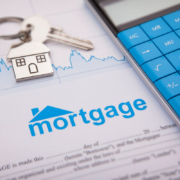 The market composite index, a measure of mortgage loan application volume, rose a marginal 0.2% for the week ending August 5, according to the Mortgage Bankers Association (MBA). The market index is down 62% compared to the same week in 2021.

“Mortgage applications were relatively flat, with a decline in purchase activity offset by an increase in refinance applications,” said Joel Kan, MBA’s associate vice president of economic and industry forecasting.

Despite mortgage rates on a downward trend following the Federal Reserve’s rate hike of 75 basis points on July 27, a cooling of the housing market is expected. Purchase mortgage rates dropped to below 5% last week, according to Freddie Mac, marking three consecutive weeks of decline. Leading up to the Fed’s July meeting, rates were on a roller coaster shooting back up to 5.50% in mid-July after falling to 5.3% earlier that month.

“The purchase market continues to experience a slowdown, despite the strong job market,” said Kan. “Activity has now fallen in five of the last six weeks, as buyers remain on the sidelines due to still-challenging affordability conditions and doubts about the strength of the economy.”

The MBA data shows the refinance share of all mortgage activity rose to 32% from the previous week’s 30.8% of total applications this week.

The Federal Housing Administration’s (FHA) share of total applications increased to 12.1% from the previous week’s 11.9%. The Veterans Affairs’s (V.A.) share of applications also rose marginally to 10.9%, from 10.8% and the United States Department of Agriculture’s (USDA) share held steady at 0.6%.

The share of adjustable-rate mortgages (ARM) applications decreased to 7.4% of total applications. According to the MBA, the average interest rate for a 5/1 ARM increased to 4.6% from 4.55% a week prior.

The survey, conducted weekly since 1990, covers 75% of all U.S. retail, residential mortgage applications.