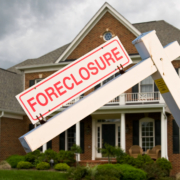 The national mortgage delinquency dropped to an all-time low in May, continuing two consecutive months of a decline since March.

A total of 1.46 million properties were in early-stage delinquencies, defined as borrowers who missed a single mortgage payment, which is a slight increase of 0.2% from April due to typical seasonal patterns. It’s more than a 71% drop from the same period in 2021.

Some 595,000 properties were considered seriously delinquent, in which loan payments are more than 90 days past due, but not in foreclosure. That metric dropped 7% in May from the previous month. However, the number of properties in serious delinquency were 45% above pre-pandemic levels.

The country is still working through a surplus from the serious delinquencies that surged in the second quarter of 2020 as borrowers struggled to pay back their loans at the start of the pandemic, Walden said.

“Even after 21 straight months of improvement, the population remains elevated some 45% over pre-pandemic levels,” he said.

Mississippi had the highest rate of serious delinquency of 2.35% in May. Louisiana followed at 2.12% and Alabama was third at 1.67%.

Prepayment activity fell by 11.1% from the prior month and is down 59.1% from May 2021 on sharply higher interest rates.