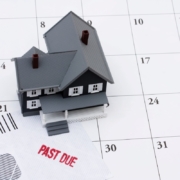 Mortgage delinquency rates hit the lowest level since the beginning of the pandemic in August, according to the most recent CoreLogic Loan Performance Report. However, some borrowers are still facing severe financial challenges.

In August, 4% of mortgages were delinquent by at least 30 days, including foreclosure, a drop from the 6.6% rate in August of 2020. The transition rate – mortgages transitioning from current to 30 days past due – dropped three basis points to 0.6% in the same period.

Frank Martell, president and CEO of CoreLogic, said that fiscal and monetary stimulus are pushing home prices and equity to record levels, which “is driving down delinquencies and fueling a boom in cash-out refinancing transactions.”

The report, published on Tuesday, accounts for only first liens against a property, and rates are measured only against homes with an outstanding mortgage. CoreLogic has approximately 75% coverage of U.S. foreclosure data.

The most notable decline was in the serious mortgage delinquency rate (90 days or more past due, including loans in forbearance), which dipped 17 basis points year over year to 2.6% in August.

According to Frank Nothaft, chief economist at CoreLogic, the overall delinquency rate decline masks the serious financial challenges that some borrowers have experienced.

“In the months prior to the pandemic, only one-in-five delinquent loans had missed six or more payments. This August, one-in-two borrowers with missed payments were behind six-or-more monthly installments.”

In a September op-ed for HousingWire, MBA chief economist Mike Fratantoni noted that FHA and VA delinquency rates have been falling rapidly. “Last year, the FHA delinquency rate reached an all-time high of 15.65%. The FHA delinquency rate in the second quarter of 2021 fell to 12.77%, almost 3 percentage points lower, but it remains more than 4 percentage points above the pre-pandemic level,” Fratantoni wrote. “Clearly, FHA borrowers were severely impacted by the onset of the pandemic and the resulting lockdowns, but the trend is improving.”

According to CoreLogic’s report, in August, the labor market’s improvement was weaker than expected: there were 235,000 new jobs compared to the projected total of 720,000. Income growth and a continued buildup in home-equity wealth are crucial to financial recovery, the report added.

The foreclosure inventory rate was 0.2% in August, compared to 0.3% one year before, a low record level since CoreLogic began recording data in 1999 due to a moratorium imposed during the pandemic.