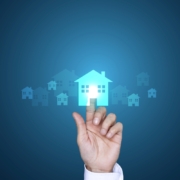 “On the surface, the consumer credit market is performing quite well,” said Matt Komos, vice president of research and consulting at TransUnion. “Additional stimulus and flattening unemployment rates point to a continuation of this trend. However, the performance of those accounts still in accommodation will help shape the true consumer credit picture.”

The final delinquency tally for December 2020 showed that, by year’s end, 1.54 million more delinquent and 1.7 million more seriously delinquent mortgages were reported than at the start of 2020, according to a separate January report from Black Knight.

Komos added that many accounts are expected to come out of accommodation between March and May – including mortgage accounts.

“We will soon see the true impact of those programs for both consumers and the credit marketplace,” he said.

However, TransUnion Senior Vice President and Mortgage Business Leader John Mellman said he expects a rise in delinquencies in 2021 due to expiring forbearance plans.

“Refis continue to be a major driver of the increase in activity,” he said. “While reported delinquencies are currently low, we expect to see a rise in delinquency levels at the end of the first quarter and into the second quarter.”

The post Mortgage delinquencies are declining, but a rise is coming appeared first on HousingWire.