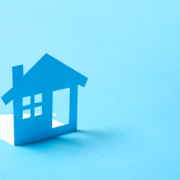 The Mortgage Bankers Association reported that applications decreased 1.2% during the week ending Dec. 4 in its latest weekly survey — the second straight week of application decreases.

“The increase in refinance applications was driven by FHA and VA refinances, while conventional activity fell slightly,” he said. “The purchase market is also poised to finish 2020 on a strong note. Applications fell slightly last week, but were around 3% higher than the two weeks leading up to Thanksgiving. Reversing the recent trend, there was also a shift in the composition of purchase applications, with an increase in government loans pushing the average loan balance lower.”

The refinance share of mortgage activity decreased to 72% of total applications, up from 69.5% the previous week. The adjustable-rate mortgage share of activity also decreased – for the second week in a row – to 1.7%, from 1.8% last week.