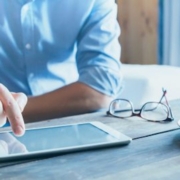 The seesaw nature of mortgage applications continued for the week ending Feb. 5, as applications decreased 4.1% from the prior week, according to the latest data from the Mortgage Bankers Association.

Applications were up 8.5% the week ending Jan. 29 – breaking a two-week stretch of decreases – before falling again last week.

Mortgage rates have increased in four of the six weeks of 2021, according to Joel Kan, MBA’s associate vice president of economic and industry forecasting, which could be causing the dip in applications.

“Jumbo rates [were] the only loan type that saw a decline last week,” Kan said. “Despite some weekly volatility, Treasury rates have been driven higher by expectations of faster economic growth as the COVID-19 vaccine rollout continues.”

The refinance index decreased 4% from the previous week but was still 46% higher year-over-year. The seasonally adjusted purchase index also decreased from one week earlier – down 5% – though the unadjusted purchase Index increased 2% compared with the prior week and was 17% higher than the same week in 2020.

The 30-year fixed mortgage rate increased to 2.96% – a high not seen since November 2020, Kan said. This has led to an uptick in refinancing, he said.

“Government refinance applications did buck the trend and increase, and overall activity was still 46% higher than a year ago,” he said. “Demand for refinances is still very strong this winter. Homebuyers are still very active.”

The higher-priced segment of the market continues to perform well, Kan said, with the average purchase loan sizes increasing to a survey-high of $402,200.