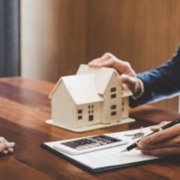 Mortgage applications decreased for the third straight week – this time down 2.5%, according to the latest report from the Mortgage Bankers Association.

Refinance activity dropped to its slowest pace since September 2020 – down a full 5% – with declines in both conventional and government applications, according to Joel Kan, MBA’s associate vice president of economic and industry forecasting. He added that mortgage rates have moved higher in tandem with Treasury yields.

“Inadequate housing inventory continues to put upward pressure on home prices,” Kan said. “As both home-price growth and mortgage rates continue this upward trend, we may see affordability challenges become more severe if new and existing supply does not significantly pick up.”

The dip in applications is linked to broader trends in the housing market: more than a year of low inventory is forcing interested buyers to snag whatever they can get their hands on, even if it’s overpriced. That’s coupled with a rise in mortgage rates, too.

A recent Redfin study showed that cash is currently king, with buyers increasing their chance of landing that home they want by nearly 300% if they offer all-cash. For most people, though, that isn’t an option.

The 30-year fixed mortgage rate increased to 3.36% last week, and the purchase index increased for the fourth consecutive week – up 3% . The purchase index was up 26% year-over-year, according to the MBA. The refinance share of mortgage activity decreased to 60.9% of total applications, down from 62.9% the previous week.