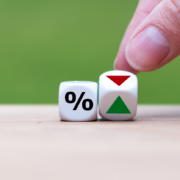 Demand for mortgages declined for the second consecutive week, led by a dip in purchase mortgage applications — despite rates on a downward trend.

The market composite index, a measure of mortgage loan application volume, decreased 1.7% for the week ending July 8, according to the Mortgage Bankers Association (MBA). The refinance index rose 2% from a week earlier and the purchase index dropped 4%.

“Purchase applications for both conventional and government loans continue to be weaker due to the combination of much higher mortgage rates and the worsening economic outlook,” said Joel Kan, MBA’s associate vice president of economic and industry forecasting.

Freddie Mac PMMS showed purchase mortgage rates dropped 40 basis points to 5.3% last week. Rates during the previous two weeks dropped by half a percent but were still well above the 30-year purchase rate of 2.9% from the same period in 2021.

After reaching a record average purchase loan size of $460,000 in March 2022, the figure declined to $415,000 last week led by the potential moderation of home price growth and weaker purchase activity at the upper end of the market, Kan added.

The refi share of total applications rose to 30.8% last week, largely due to an uptick in conventional and Federal Housing Administration (FHA) refinances. The overall refi index remained 5% below the average level reported in June, according to the MBA.

“With the 30-year fixed rate 265 basis points higher than a year ago, refinance applications are expected to remain depressed,” said Kan.

The share of adjustable-rate mortgages (ARM) applications also rose, accounting for 9.6%. According to the MBA, the average interest rate for a 5/1 ARM increased to 4.71% from 4.62% a week prior.

The survey, conducted weekly since 1990, covers 75% of all U.S. retail residential mortgage applications.