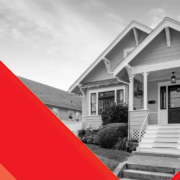 The pace of purchase-loan originations as well as transactions in the private-label securities market started to slow by the second quarter of this year as interest rates continued to spike, according to mortgage industry experts.

One bright spot in the market, however, has been the investment-property sector, where deal flow appears to be holding up, and even many agency-eligible mortgage loans are finding their way into private label securities (PLS) transactions.

In fact, year to date through April 27, of the 22 investment-property deals tracked by Kroll Bond Rating Agency (KBRA), a total of 15 were backed in part, or in whole, by agency-eligible investment-property mortgages, including six deals so far in April.

“The [recent] pausing of either the [PLS] issuances or the [decisions to] cancel them was driven a lot by the volatility with respect to spreads, which was happening in the market due a number of reasons, including the war [in Ukraine] and also because of rate movements,” said Padma Rajagopal, a vice president and senior credit officer at bond-rating firm Moody’s Investors Service. “If you were to take an inventory of deals which came out, a majority of the deals have been investor [investment property] … deals, and the prime jumbo deals have been very far and few in between.”

One driver of the investment-property PLS activity, according to digital-mortgage exchange and loan aggregator MAXEX, has been the increase in loan-level pricing instituted by the Federal Housing Finance Agency (FHFA), which oversees the government-sponsored enterprises (GSEs) Fannie Mae and Freddie Mac. Those loan-level price adjustments (LLPA) took effect at the end of the first quarter. Many of the mortgage loans traded through MAXEX’s platform find their way into PLS transactions.

“We have … seen an increase in the number of second-home loans being traded through the exchange to avoid the LLPA increase instituted by the FHFA for second-home and high-balance loans delivered to the agencies after April 1,” a recent MAXEX market report states. “We’ll continue to watch this trend as it develops.”

In addition, there has been increased activity in the separate category of investor-loans for rental properties — essentially “mom and pop” landlord properties.

“We are starting to see some indication of a resurgence in investor-loan issuance backed by agency-eligible loans,” the MAXEX report states. “Many of these transactions continue to have some seasoning, with newer originations starting to show up as liquidity away from the agencies for certain loans with specific criteria.”

With respect to those investor loans, both agency and nonagency, Keith Lind, CEO of non-QM lender Acra Lending, said regular Joes were propelling the market.

Lind attributes the increase in small-investor activity, in part, to individuals — including the self-employed and young professionals, or millennials — having an increased interest in purchasing real estate as an investment in this market where home values have remained strong and continue to appreciate.

“It’s amazing that investors have almost tripled among the small mom and pops pre-COVID to 2021, and how much real estate they’re buying,” Lind added. “And, in most cases, those investors are going to have more cash and more options than that person buying their first-time home.”

Tom Hutchens, executive vice president of production at Angel Oak Mortgage Solutions, added that many investment-property owners are self-employed borrowers, which, he said, represents a great opportunity for non-QM lenders — outside the agency-loan stream.

“For a lot of self-employed borrowers, their business is being professional property investors,” Hutchens said. “I believe that the self-employed market is underserved, and whether rates are high or rates or low, it’s still an underserved market. So, I think the opportunity is still great.”

In addition to the increased purchasing activity by individual investors — for use as second homes or as rentals — which is helping to drive PLS deals downstream, the single-family rental market also is seeing robust purchasing and securitization activity by large institutional investors. Much of that home-purchase activity, however, is concentrated in a few metro areas in the nation’s Sun Belt, according to bond-rating reports.

KBRA has tracked eight institutional-sponsored PLS securitization transactions to date — often referred to as Wall Street deals because they involve large corporations that own thousands of rental properties. Those transactions, dubbed Single Family Rental (SFR) transactions, are securitized in a slightly different fashion than the structure used in the so-called mom-and-pop investment-property securitizations — in which securities issued are backed directly by a pool of mortgages. The bonds issued in the institutional SFR deals are collateralized by a single fixed-rate loan, which is in turn secured by a large pool of mortgages on income-producing single-family homes.

The eight SFR deals on KBRA’s radar through April 27 involved rental-property collateral valued in total at $5.7 billion. An analysis of the bond-rating reports on those deals shows that four metro areas — Atlanta, Phoenix, Dallas/Fort Worth and Las Vegas — account for between 33% and 64% of the thousands of rental properties included in the loan pools securing those deals. Those percentages reveal the out-sized impact that institutional investors are having in select Sun Belt markets.

Other Sun Belt metro areas with a high concentration of institutional buying, based on collateral pools analyzed in bond-rating reports, are Memphis, Nashville, Tampa, Orlando and Charlotte.

“The higher interest rates on mortgages actually put institutional investors and even many individual investors in a position of competitive advantage,” said Rick Sharga, executive vice president of marketing for real-estate research firm RealtyTrac, a subsidiary of Attom Data Solutions.

“A very high percentage (typically in the 65% to 70% range) of investor purchases are made with cash, meaning that it’s even harder for consumers to compete with investors for properties as the cost of financing rises.

“And the individual investors we’ve surveyed from ATTOM’s RealtyTrac database have cited ‘competition from consumer home buyers’ as a major issue for the past few quarters. If higher mortgage rates dampen consumer demand, this lessens the competition investors face for home purchases.”

Sharga adds, however, that both individual investors and institutional players have an additional advantage in the marketplace over typical homebuyers, particularly first-time buyers.

“Obviously, investors who are financing their purchases will face some of the same challenges that consumers face as interest rates rise, but they may be able to tap into the equity they’ve accumulated in their property portfolios to make financing less daunting,” he explained.

Aaron Norris, vice president of the Norris Group, a California-based real estate investment firm and hard money lender, said he is concerned, however, about the misleading information in the market over the impact of institutional buyers, which on a national level only own about 2% of all rental properties.

Norris said there is a place in the market for both mom-and-pop investors, and the large institutional investors, but their respective roles should be understood clearly. He stressed that although institutional players nationally control a small percentage of the rental market, their market share in select Sun Belt cities is much larger and having an outsized impact.

“The housing that [Wall Street buyers] are targeting is first-time [buyer] inventory that will not recycle to millennials who finally want to own something,” he said. “We must be smart with the data and understand it, so we can actually get the right people at the [tax/regulatory policy] table.

“Main Street [investors] are local and are the people who work here, live here, give here. These are the guys who are supporting your ball games over the weekend, not Wall Street. I think there’s room for Wall Street, but I would hate to see us get that data wrong and squeeze out Main Street more than it has been already.”

According to Sharga, emerging market forces may already be helping to balance the scales, however.

“There’s been a bit of a shift in recent quarters by the institutional investors to more of a ‘build-to-rent’ model, working with homebuilders to create new SFR inventory instead of competing with mom-and-pop investors and consumer homebuyers for extremely limited inventory,” Sharga said. “Something else to keep an eye on is increased foreclosure activity, which has traditionally been a source of more affordable inventory for both institutional and individual investors.

“While foreclosure numbers are still well below normal levels,” he added, “we’re beginning to see monthly increases that will start to bring more properties to market in the coming months.”

“The first-time homebuyer maybe can’t get that property because the rates are too high, and they don’t qualify anymore now,” Acra’s Lind said. “But the investors coming in [for loans], they either have a good cash line, or they have cash period.”

The post Mom-and-pop investors are fueling the PLS market  appeared first on HousingWire.

Homebuyer affordability gets even tougher 
Scroll to top