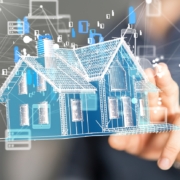 Figure Technologies CEO and co-founder Mike Cagney said that when it comes to watching out for non-endemic players impacting the real estate market, he has his eye on Walmart.

“Everyone should be taking notice of the moves that Walmart’s making, because they’re absolutely going to come into the mortgage space,” Cagney said at HousingWire’s 2021 Spring Summit event on Thursday.

FinLedger previously reported that Walmart announced it was teaming up with fintech investment firm Ribbit Capital to create a new fintech startup that will offer “innovative and affordable” financial products.

Cagney also said separately to HousingWire on Thursday that he never intended to build a mortgage lending company. Upon leaving SoFi, Cagney and the founding team at Figure were laser-focused on applying blockchain technology to financial services. But now, with proof of concept cleared and a large war chest, he intends to buy a mortgage lender to achieve scale. He might even buy a few of them.

At the event, Cagney said, somewhat facetiously, that when Figure is looking to acquire a mortgage lender “the less tech the better.”

“Because then it’s a lot easier for us to go in and do what we want to do,” Cagney said. “Fortunately, within the mortgage universe, that gives us a pretty large opportunity zone.”

As a technology vendor, Cagney explained, it’s hard to get the attention of mortgage producers because they’re either booming or busting.

“I’d just rather have direct control of it,” Cagney said. “We already have our own mortgage origination business that’s growing pretty rapidly right now. But we’re going to do some acquisitions for scale. We have a SPAC that was just launched that may also be doing some acquisitions within the mortgage vertical. Not necessarily. But, I would expect you to see at least one major transaction from us this year.”

When it comes to staying ahead as a company, many businesses consider either building technology in-house or buying. But Blend CEO & Co-Founder Nima Ghamsari said at the event that the buy vs. build conversation used to be very binary – but has shifted to what do lenders NEED to build coupled with solutions they buy. All through the lens of how do lenders accelerate their growth.

“We don’t know where this market exactly is going, and we all have ideas,” Ghamsari said. “But in a world where nobody knows exactly where it’s going, being the one that’s furthest ahead and driving the outcomes, as opposed to [doing a] passive, defensive play or defensive maneuver is the name of the game. So speed is the name of the game, that’s all I focus on.”

Meanwhile, Radian CTO Mark Wai said at the event that although it feels like the housing industry is on the path toward digitization – but from the lens of a home buyer, home seller or real estate agent, the technology just isn’t quite there yet.

“We have not seen the Uber kind of experience in our industry, where the journey of buying or selling a home [and] the process of a mortgage transaction is quicker, simpler and overall a much [more] pleasant experience than what we have today,” Wai said, “All in all, I feel that we [have made] some progress. But I feel that we still have a way to go.”