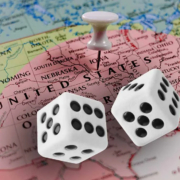 By the time 2022 is wrapped up, mortgage lenders will have originated about $2.2 trillion in loans, about half of 2021’s $4.4 trillion in volume, according to industry forecasters. But Brian Hale, who is assisting several buyers in their hunt for independent mortgage bank acquisition targets, sees an even more brutal landscape ahead. He projects that over the next 12 months, mortgage originations nationwide could come in as low as $1.3 trillion to $1.7 trillion.

That’s an ugly scenario. With such a drastic downturn, the pressure for industry consolidation increases dramatically. As part of the restructuring, there will be winners (the buyers) and there will be losers — those whose names disappear from the corporate registries due to sales, mergers or failure, observers told HousingWire.

Based on numerous interviews with mergers and acquisitions experts, we dove into the 2023 IMB buyer profile.

Who wants to be in the mortgage business?

Brett Ludden, managing director of Sterling Point Advisors, a merger and acquisitions advisory firm based in Virginia, projects that nearly one-third of the 1,000 largest IMBs will disappear by the end of 2023 via mergers, acquisitions or failures.

Hale, founder and CEO of California-based Mortgage Advisory Partners, said that level of consolidation in the IMB industry “would not shock me.” He added, however, that it could turn out to be a lower number because some mortgage bankers may “figure out how to shrink costs” and hang on through the downturn.

Still, consolidation is clearly underway in the mortgage banking industry already. Within the past week, one of the nation’s largest retail mortgage lenders, Charlotte-based Movement Mortgage, announced the acquisition of Mortgage Network, a deal that would add $2 billion in annual loan volume, 250 mortgage professionals and 31 branch offices to its network.

Hale added that another large IMB, California-based Guild Mortgage, also “appears to be in a substantive acquisition mode.” In addition, Hale said he is currently working with three clients who are looking to buy IMBs — two of which are homebuilders and one he described as a “proptech/fintech” company.

Hale, of course, could not reveal the names of those clients, although he did define the type of acquisition targets they are seeking to find as buyers.

“The profile that we created [for our clients] is we want companies with multiple state licenses and all three tickets — Fannie Mae, Freddie Mac and Ginnie Mae — so the buyer ends up with a fully functioning mortgage-banking company that has warehouse and agency relationships,” Hale said.

For the homebuilders he is representing, Hale said acquiring a mortgage-lending operation is a smart way to take advantage of “low-hanging fruit,” among other drivers for such an acquisition.

“For every 100 buyers who walk into a community showroom, [a homebuilder] sells 8% to 15% of those buyers a home in their community,” Hale said. “The rest of those people are still looking for a house.

“If you deliver 5,000 homes a year, that means you had 50,000 people looking for a house walk across your platform who are likely prequalified by your loan officers, and you … have a relationship with them. Most homebuilders … leave that excess [potential business] on the floor, but the smarter homebuilders look at that and go, ‘There’s an opportunity there.’”

Hale added that is “why homebuilders want to be in the mortgage business.”

The plug-and-play and brokerage routes

David Hrobon, a principal with the Colorado-based mortgage advisory firm the Stratmor Group, in a recent report projected that some 50 merger or acquisition deals will be announced or closed by year’s end, which is 50% more transactions than in 2018 — the prior high-water mark for lender consolidations over the past three decades.

“Lenders that turn all their attention to refinancing when that business skyrockets enjoy huge profits,” said Garth Graham, senior partner and manager of M&A activities for the Stratmor Group. “But the tide always eventually turns, and when it does, many of those lenders struggle to stay afloat.

“We’re seeing a lot of that this year, and it will certainly continue in 2023.”

Graham said most of the acquisition deals will likely involve larger IMBs buying smaller IMBs because those larger players, unlike the smaller players, have the scale to make money off added loan production — without adding significant additional expenses.

“The key driver of that is the [loan-production] volume from the seller is worth more to the buyer than it is to the seller, due to the synergies that the buyer brings,” Graham said.

Thomas Yoon, president and CEO of California-based non-QM lender Excelerate Capital, which is owned by the company’s chairman, Mike Thompson, said for the top 200 IMBs, M&A deals may be a workable option. For the middle-tier lenders not in that group, however, Yoon expects so-called “plug and play” deals to be attractive because they are far more cost-effective.

“So, it’s kind of like, we don’t want your debt. We don’t want all your problems, but we’ll take your core people,” Yoon said. “They’re like, ‘Screw the company. We’ll just buy the talent [i.e., loan officers] in pods.’”

Another path to survival for some IMBs, according to Ludden, might be to convert to a brokerage operation.

“We’re seeing correspondent lenders that are considering making the choice to transition back to being purely brokers because that allows them to jettison a substantial amount of costs,” he said. “So, while that company may not fail, it’s changing its business model significantly.”

“We’ve recently had several lenders tell us that they have just no avenue to continue,” Ludden added. “Some inform us that they will be closing the doors, while others are desperately trying to cut costs, even beyond what I think is probably feasible cost cutting.”

Some lenders, he added, are even changing their origination focus to survive.

“A small East Coast lender, for example, has in the last couple of months picked up their California license and is now almost exclusively focused on doing high-dollar reverse mortgage transactions in California,” Ludden said.

Ludden also expects that IMBs owned by wealthy individuals or families “are going to be some of the biggest buyers.” Among the IMBs that fit that description are Freedom Mortgage, Academy Mortgage, Gateway Mortgage, New American Funding, Movement Mortgage, CMB Financial, Vistal Point Mortgage, Excelerate Capital and more.

Ludden stressed, however, that just because they are privately held by wealthy individuals does not mean they are necessarily in a buying (or selling) mode. Each lender is unique, with different challenges, opportunities and balance sheets, he stressed.

IMBs that are independently owned by a single wealthy investor or a family, however, tend to have more flexibility when it comes to return on investment, or “ROI demands,” and they often have “a pool of cash” to draw on to support dealmaking,” Ludden said.

“I don’t think the idea that [some of] these companies might also be looking for exits is inconsistent with the thesis,” Ludden added. “These people have a lot of wealth, and if they are choosing to invest in a different direction, they might choose to take the gains and free up the equity to invest in their newest ventures.”

Hale added that we might even see foreign interests — such as European or Asian banks — that are looking for an entry point into the U.S. real estate market consider acquiring an IMB franchise. Regardless of which combination of IMBs find themselves at the M&A alter over the next year, however, it’s clear the face of the industry is about to change to comport with the new realities facing it.

“Overall, we think there is likely a need for more meaningful capacity reduction, given that volumes in 2023 are expected to be down nearly 60% from the peak in 2020,” a recent report by New York-based investment bank and broker-dealer Keefe, Bruyette & Woods states. “… We also think there is a limit to how much companies can reduce headcount without sacrificing technology or damaging morale.

“We think this creates a challenge that could be supportive of consolidation.”

Hale added that, in the end, there are two predominate ways to acquire a mortgage operation — an asset purchase or a stock purchase.

“With an asset purchase,” he said, “you leave the old entity behind and all the risks associated with it, and it’s really the equivalent of a big hiring transaction, with some cash paid to the original stockholders.” With a stock purchase (the route Hale said his current clients are pursuing), “the buyer acquires every sin that the seller has committed since the beginning of time,” so Hale said conducting thorough (and often expensive) due-diligence research is essential.

“…This business is really complicated in many ways,” Hale added. “It’s also simple in one way: It’s very helpful if you actually make more money than you spend.”