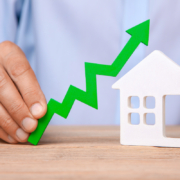 The Mortgage Bankers Association on Tuesday released revised estimates for the third and fourth quarter of 2020 as well as predicting record purchase volume for 2021. Although The MBA expects decreased numbers of refinancings will lower overall origination next year to around $2.56 trillion, that would still be the second-highest number in the last fifteen years.

MBA is forecasting a rise in purchase originations to $1.59 trillion – more than the previous all-time high of $1.51 trillion in 2005 — but sees refinances decreasing to $971 billion.

“The housing market has seen a meaningful rebound since the onset of the pandemic,” said Mike Fratantoni, MBA chief economist. “Record-low mortgage rates have led to a surge in borrower demand for refinances and home purchases.”

Refi Sugar High: How to balance your diet

The industry experts at TMS have compiled a list of proactive steps to take to ensure that your business will be prepared when the refi sugar high ends.

In October, MBA estimated an upward revision in total mortgage originations of only $3.175. Now, third- and fourth-quarter volumes have been revised from $860 billion to $962B, and $824 billion to $937 billion, respectively.

With record purchase volume, this points to a rebounding economy in 2021, MBA reports. They expect a growth rate of 3%, and an improving unemployment rate that reaches 5% by the end of 2021.