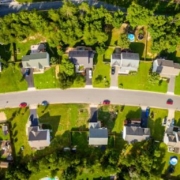 Venture capital-backed real estate technology firm Matterport will merge with a blank-check company and go public in a deal that values the startup at $2.3 billion.

“We believe the proposed transaction with Gores Holdings VI unlocks the potential of our platform and accelerates our mission to make every building and every space more valuable and accessible,” Matterport CEO RJ Pittman said in a statement.

“Our deep industry experience and proven track record have made Matterport the platform of choice to digitize millions of buildings across diverse industries and markets,” Pittman added. “Building on this momentum, we are scaling all aspects of our business to transform the $230 trillion built world.”

In all, the combined firm will have an equity value of $2.9 billion and an enterprise value of $2.3 billion. The merger and listing is slated for the second quarter of 2021. The company will trade on the NASDAQ under the ticker symbol “MTTR.”

Matterport, which has raised $114 million in venture-capital money since its founding in 2011, has seen a dramatic rise in usage since the advent of the COVID-19 pandemic. The firm reported a 500% increase in its subscriber base in 2020. It claims to have more than 10 billion square feet of space in its spatial data library across millions of buildings in over 150 countries.

Matterport stockholders will roll all their equity over and the existing management team will remain in charge.

The statement indicates stockholders will hold roughly 75% of the combined company. Matterport had revenue of $85.9 million in 2020, up 87% year over year, according to the statement.

Last month, his Gores Group IV merged with United Wholesale Mortgage in a deal that valued the wholesale mortgage lender at $16.1 billion.

The post Matterport to go public via SPAC in $3B deal appeared first on HousingWire.

What is a home appraisal gap?
Scroll to top