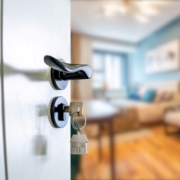 Terms of the deal, which is due to close on Sept. 1, were not disclosed.

Upon closure of the deal, Keystone will operate under the LRES Corporation name.

“Keystone has been a well-known and respected player in the REO/Asset Management business as well as the appraisal and valuation businesses for over twenty years. We know the management team well and have admired their growth, innovation, and resiliency. It was an easy decision to join forces,” Roger Beane, CEO of LRES, said in a press statement.

As rates change and the market shifts to a more purchase-driven origination environment, lenders need to carefully monitor margins and profitability. If we’ve learned anything in the past year, it’s that operational flexibility and accurate servicing valuation are key to lending profitability.

“Roger and I have talked for a long time about finding a way to align forces,” Jane Hennessy, founder of Keystone, said in the news release. “We are delighted that this acquisition has occurred. LRES brings an additional layer of Tier One delivery capabilities. It is an exciting time for our team.”

Founded in 2001, LRES is among the largest players in the REO asset management and property valuations landscape. The firm promoted Mark Johnson, a former division president of Nationstar Mortgage Holdings (now Mr. Cooper), to president in 2018.

Although the federal eviction ban lapsed, the Biden administration on July 30 announced they would extend their eviction bans on borrowers of foreclosed properties. Both the FHA and FHFA said renters could not be evicted through Sept. 30

Nearly 750,000 active forbearance plans will expire in the next two months, according to the latest figures from Black Knight, which means servicers will process up to 18,000 plans per business day over those two months.

In a report the CFPB released earlier this month, which focused on 16 mortgage servicers from December 2020 to April 2021, the watchdog agency found a marked increase in the share of borrowers exiting forbearance and becoming delinquent without any loss mitigation in place.

The report found that mortgage servicers have been flooded with calls. Between December and April, calls to the 16 mortgage servicers topped 4 million. In March, that number rose to more than 5 million. One servicer the CFPB surveyed received 650,000 calls in February, 750,000 in March and 625,000 April.