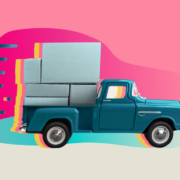 For every one person who left low-tax states in the last eight years, an average of four people moved into those same states, according to a new report from Redfin.

The trend is reversed in high-tax states, where an average of 2.5 people left for every one person who moved in.

Nevada, Florida, South Carolina and Texas top the list of low-tax states attracting new residents. Florida, specifically, has the seventh-lowest tax rate in the country and gained more residents than all but four other states from 2013 to 2020. For every seven people who moved into Florida, just one person left.

“A lot of people are moving into Jacksonville, Florida, from places like California and the East Coast because they can work remotely,” said Heather Kruayai, a Florida-based Redfin agent. “They figure it’s a pretty good deal to pay no state income tax and live at the beach. Competition and prices are up and supply is down this year, partly due to those out-of-state buyers who sold homes in expensive markets and are buying homes using cash in Florida.”

Texas, with the eighth-lowest tax rate in the country, also saw five people move in for every person who left.

“Three-quarters of my clients are moving to Austin from the Bay Area, and some are coming from other parts of California or New York,” said Andrew Vallejo, an Austin-based Redfin agent. “There are a lot of reasons to move to Texas, but for many homebuyers the fact that there’s no state income tax is one of the most attractive things. Low taxes are also motivating big companies like Tesla, Apple and Google to open offices in Austin, which brings in even more people.”

In Austin, the average out-of-town homebuyer had a budget that was 32% higher than local residents, according to Redfin’s study. Home prices were up more than 42% year over year to $465,000 in April. And while Texas doesn’t have an income tax, it does have relatively high property taxes.

“Low taxes are contributing to higher home prices in Austin,” Vallejo said. “With so many people moving here, especially those earning six figures and stock compensation from tech companies, prices are multiplying. Builders and sellers can price homes higher than they used to because buyers are willing to pay more.”

In looking at states with high tax-rates, New York lost more residents than any other state from 2013 through 2020 — for every eight people who left, just one person moved in. The state has the sixth-highest tax rate in the U.S.

Illinois and New Jersey are both among the top four states in the country in terms of both taxes and the number of people moving away. And California, which has the highest tax rate in the country, ranks 15th in terms of out-migration, with about one person moving in for every three people who left.

The idea of “more space” has driven homebuyers during the pandemic, with people wanting to get out of crowded metros and into homes with more land. Typically, the states people are moving too tend to have lower-to-no state income taxes.

“Tax rates are one factor for homebuyers deciding whether to move and which state they ultimately land in, but just how important they are is different for everyone,” said Taylor Marr, Redfin’s lead economist. “When people have the flexibility to move to another part of the country, they consider factors like living close to family and friends, job opportunities, cultural amenities, and outdoor activities in addition to how much of their paycheck goes directly into their pockets.”