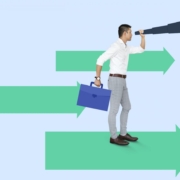 Chat with a few real estate agents based in Harrisburg, Pennsylvania — a city ninety minutes from Baltimore and two hours from Philadelphia — and a similar topic will undoubtedly emerge: the capital of the Keystone State has become one of the most popular places to move to in the entire country due to low home prices.

So much so, in fact, that Harrisburg is ranked seventh on Realtor.com’s list of housing markets positioned for the most growth in 2021 — ahead of Denver, Los Angeles, Las Vegas, San Diego and Dallas.

What, then, is driving people to this central Pennsylvania city? Low home prices, large lots, and an up-and-coming downtown area, said Toni Reinhart, a realtor for Iron Valley Real Estate in Harrisburg.

“Harrisburg proper is actually really amazing,” she said. “It’s a great time to be in the city. There are about 30 new developments in the city right now, the [Susquehannah River] runs right through the middle of downtown — it’s becoming a cool place to live. Harrisburg was really stagnant for a long time, but a bunch of investors have focused on upgrading the city.”

Reinhart said last year was, financially, the “best year of her adult life,” as people began moving to the city in droves. And it hasn’t slowed down through the first quarter of 2021.

“Two weekends ago I showed 16 houses over three days,” she said. “If you’re selling, you could get between two and 25 offers on a home. You put the house live on Friday, offers roll in on Sundays, and it’s gone Monday afternoon. And the conversations are different right now for buyers — you’re going to be competing for homes, and you have to bring your A-game and a really competitive offer.”

Realtor.com currently lists the median price of a home in Harrisburg for around $180,000, and homes are being sold for, on average, $191,000. That could be considered pocket change for a family moving from Brooklyn, New York, where the average property is being sold for $877,000.

“The cost of living here is a big draw,” said Kathy Alvey of Joy Daniels Real Estate Group. “We’re seeing a big shift in what buyers are willing to pay to get here — they’re coming to the table with cash, even during the pandemic.”

This trend in homebuyer destinations — moving from larger metros into smaller, “secondary” cities — emerged early in 2020, and then took off during the height of COVID-19 in the country as companies began allowing employees to work from home. Suddenly, people realized they could live anywhere, so long as they had a working internet connection.

That led to an exodus, of sorts, from the larger, more expensive cities to parts of the world where homeowners could get more bang for their buck — cities like Bay City, Michigan, Pueblo, Colorado, Raleigh, North Carolina, and Portland, Maine. Harrisburg is becoming just as popular — but it’s tough for first-time homebuyers, said Derek Bicksler, a real estate agent at RSR Realtors.

“They are really struggling to get homes up here,” Bicksler said. “Our market is generally pretty good for first time buyers, but it’s so competitive.

Bicksler added that inventory in Harrisburg is roughly one-fourth of what agents are used to.

“In March, there were about 250 active listings, and the five-year average is usually around 800,” he said. “Jobs are really secure here, so that’s a big reason we have so many people moving here. There’a military base and military hospitals, government jobs, just a lot of really stable jobs for people.”

The same can’t be said for home builders in Harrisburg, who are suffering from a lack of materials.

Steve Gladwin, owner of S&G Custom Homes, said he’s looking at a three-month wait for materials — some he needs for jobs that can’t wait that long to be complete.

“It’s terrible,” he said. “We’ve sold seven houses [to build] in the past two weeks, and I still can’t tell anyone when we’ll be starting. We just can’t get the materials — there’s too much demand up here right now, and the prices are insane.”

Gladwin said he recently paid around $60 bucks for plywood that was priced at $11 at the beginning of 2020.

“We spent March, April, May, and June of last year burning through whatever inventory we had,” he said.

Gladwin’s story is a familiar one for “secondary” cities, as people have flooded those markets with new home requests during a time when lumber and other building material costs are through the roof. That’s delayed projects for many builders across the country, Gladwin said.

“It’s a whole different world,” he said. “I’ve never seen anything like this for builders in my 27 years of doing this job.”

Builders are holding onto hope that, as the COVID-19 vaccine continues to be distributed throughout the country, material costs will lower and inventory will have a chance to catch back up. It will be a slow process, Gladwin warned.

“I’m guessing it takes about a year for things to really go back to normal for us,” he said.

Better.com to go public via SPAC at $7.7B valuation
Scroll to top