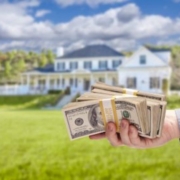 As the refi boom fades, gain-on-sale margins at loanDepot are declining, the company disclosed in a new filing with the Securities and Exchange Commission this week.

The Tuesday filing shows that loanDepot, the nation’s second-largest retail lender, originated $25.1 billion worth of residential loans in January and February, compared to the $37.4 billion the company originated in the fourth quarter of 2020. Those figures are solid, but profit margins are narrowing, the company disclosed.

The gain-on-sale margin for January and February fell to 321 basis points, down from 338 bps in the fourth quarter. Throughout 2020, loanDepot averaged a gain on sale margin of 427 bps, easily a record for the California-based lender.

LoanDepot’s falling profit margins follows a broader trend for mortgage lenders – while origination volumes are strong, interest rates are up 42 basis points since the quarter began to 3.09%, taking a bite out of profits.

HousingWire’s virtual demo days are designed specifically to help mortgage industry decision makers identify the technology solutions they need to operate efficiently and securely. Tune in April 6 to experience closing platform demos from the most innovative mortgage tech companies in the industry.

“Our efficient and scalable platform has enabled us to respond quickly to the increased market demand,” the company said in its SEC disclosure. “Market demand in 2020 was driven by a prolonged period of historically low interest rates. This demand contributed to gain-on-sale margins reaching levels that the Company does not believe will be sustained in future years and could result in decreases in revenue.”

Keefe, Bruyette & Woods housing analyst Bose George estimated that under 50% of the mortgage market is currently eligible to refinance now.

“Further, primary/secondary spreads have largely normalized, which suggests that gain-on-sale margins could be down materially starting in 2Q,” KBW said in an analyst note on Thursday. “Both mortgage rates and primary/ secondary spreads are largely in line with MBA forecasts. This suggests that while volumes are likely to remain strong, mortgage banking earnings could start to normalize.”

LoanDepot went public earlier this quarter, following in the footsteps of Rocket Mortgage and United Wholesale Mortgage, which both expect profit margins to decline as rates tick up.

Like most retail lenders, the firm has done a disproportionate amount of business through refinancings. In SEC disclosures in February, loanDepot noted that its retail and wholesale channels delivered $28.3 billion in purchase originations during 2020, a 53% increase from the prior year. But the nonbank’s refinancing operation dwarfed its other business lines: it originated $72.5 billion in refinancings during 2020, a 170% increase over that of 2019.