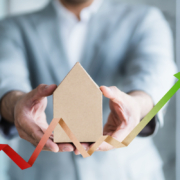 The moment has finally arrived: California-based lender loanDepot has filed an updated S-1 with the Securities and Exchanges Commission and plans to go public in 2021.

The company, founded by billionaire entrepreneur Anthony Hsieh, said Monday that its affiliate loanDepot Inc. had confidentially filed paperwork, but it hasn’t determined how much stock will be sold or at what price.

In September, Bloomberg reported that loanDepot, which operates in retail, wholesale and correspondent channels, was eyeing an IPO that would see it valued at between $12 billion and $15 billion.

In March 2017, the company revived plans for an IPO but didn’t follow through.

The updated S-1 shows impressive profitability in recent months. LoanDepot posted net income of $1.47 billion for the first nine months of 2020, up significantly from the $18 million it posted during the same period in 2019.

As of November, loanDepot was the nation’s eighth-largest originator and the 31st largest servicer, according to Inside Mortgage Finance. It now has over 10,000 employees and became the second-largest retail lender in the nation in 2020, behind Rocket Companies.

“We’ve created a company that is built to serve customers throughout the entire loan transaction, from the onset of the purchase or refinance decision through loan closing and servicing,” Hsieh said in the prospectus. “We now possess roughly 3% market share of annual mortgage origination volumes, which makes up part of the $11T total addressable market. Thanks to our brand investment over time, we are also one of the most recognized brands in the industry today. All of this gives us enormous runway. And, to some, it may seem like we are in a much different place than we were eleven years ago. But, from my vantage point, much feels the same.”

LoanDepot originated $79.4 billion of loans in the twelve months ended Sept. 30, it disclosed in its prospectus. The company claimed total revenue of $1.3 billion in 2019 and $3.3 billion for the first nine months of 2020.

LoanDepot’s forthcoming public debut comes during an astonishing period of IPOs for the mortgage industry. Margins are at cyclical highs, typically over 250 basis points, and virtually every independent mortgage bank has posted record profits over the last year.

LoanDepot will trade under the ticker symbol “LDI,” the company said Monday.

The post LoanDepot files paperwork to go public in 2021 appeared first on HousingWire.