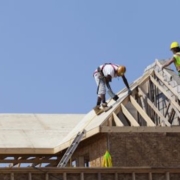 National homebuilder Lennar Corp. plans to spin off all its non-core businesses to become a pure-play homebuilder and financial services company, the company announced on Wednesday.

In an earnings call this week, Lennar executive chairman Stuart Miller said the move would maximize the technology investments made through LENx, the company’s primary investment vehicle. Those investments include the sale of SunStreet solar and stakes in insurtech firms Hippo Home Insurance and Doma (formerly known as States Title). Both companies have plans to go public through special purpose acquisition companies.

“We are conservatively estimating an economic gain in excess of $1 billion from these companies,” Miller said on the call.

The LENx investments will remain in place along with the core homebuilding business, which has strong fundamentals given the ferocity of the housing market, executives said. Its apartment development business and single-family rental joint-venture, and a stake in master-planned community developer Five Point Holdings would be among the businesses being spun off into a new company.

Lennar’s stock rose nearly 11% on news of the spin-off announcement.

Fannie Mae on how to make housing more affordable

In the last few years, the number of existing single-family homes for sale has decreased. But home prices have increased. To make homeownership a possibility for everyone, there needs to be a higher supply of affordable homes.

Lennar is faring better than most of its peers. In its disclosure to the Securities and Exchange Commission, Lennar noted that orders were up 26% year over year in February, despite rising mortgage rates. Lennar’s position as a homebuilder for the middle class helps – renters are flooding the entry-level home space, giving the company more buyers than it needs.

Still, all homebuilders have been stymied by soaring materials costs, particularly in soft lumber, which has pushed the average new home’s cost up $24,000. Lennar is paying more for lumber – an average of $2,300 more per home than a year ago in its recent quarter, but it’s done well to keep costs down in other areas, according to the SEC filings. Total construction costs are down 0.7% year over year.

Analysts cheered the focus on homebuilding.

“We believe LEN has built a unique niche within the industry by combining a production homebuilding model with land development expertise and deep local market share,” analysts from BTIG wrote in a note on Thursday. “Backlog conversion is above peers, reflecting a spec-heavy production strategy. Operating margin is also above the industry average, which reflects LEN’s ability to earn a reasonable spread on land development. We believe this combination will serve the company well in a highly competitive environment we forecast. Further, we see an opportunity for LEN to reduce SG&A and to move to a lighter-land model to boost ROE as the company continues its transition to a ‘pure play’ builder.”

Lennar plans to spin the collection of ancillary businesses into one unified company, with an asset value in the range of between $3 billion and $5 billion.

“What is not included are the LENx investments including OPEN, Doma and Hippo, which collectively are worth $1.5 bln today,” Jack Micenko, a senior housing analyst at Susquehanna Investment Partners, wrote in a note on Thursday. “What is included in SpinCo is the company’s apartment development business (LMC), the single family rental development JV (Upward America) and the balance is expected to be in the form of existing land assets, including the company’s $400 mln stake in Five Point Holdings (FPH, not rated). Given the apartment business has ~$1 bln of invested equity today, this suggests at least $1.5 bln in owned land will be included in the new company. The obvious question post call — what is the right value for this asset? Apartment owners/developers trade at ~2x book value, while land developers trade at closer to 1x book. On these multiples, it would suggest the market move yesterday ($3.8 bln increase in market cap) was appropriate if not a bit full given details on SpinCo are sparse at this point.”

Lennar’s rental venture, called Upward America Venture, will buy single family homes for rent in high-growth markets in the United States. The business has a total equity commitment of $1.25 billion from Centerbridge, Allianz Real Estate and other institutional investors. The rental venture that will have an access to the company’s pipeline of over 300,000 owned and controlled homesites.

It’s not clear yet if the company’s commercial mortgage business or mortgage finance arm will be included in the spin-off.

The post Lennar triples down on homebuilding plans appeared first on HousingWire.