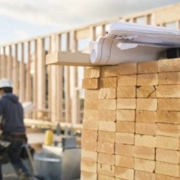 “These are the best of times,” declared Stuart Miller, chairman of the board for Lennar Thursday. And the homebuilder’s quarterly financial performance backs up what Miller is talking about.

Lennar, best known for producing homes for the middle class, reported $831 million in net income for the months of March, April and May, a 61% increase from the same three months in 2020, which coincided with the pandemic’s onset. Miami-headquartered Lennar made $1.8 billion overall for the first six months of its fiscal year.

The business reported $6.4 billion in revenue for most recent last fiscal quarter, a 30% year-over-year increase.

And Lennar completed construction of a company record 14,493 homes in the past three months, while starting construction on 17,157 abodes.

How long will the good times roll?

By one metric, things could get even better as Lennar could reduce costs. Sky-high lumber prices, which added on average $36,000 to the cost of a home per the National Association of Homebuilders, have finally declined. Lumber futures are down to $1,009 per board feet compared to $1,711 one month ago, according to a Wall Street Journal story published this week.

The trend will provide “some limited relief on lumber costs with July starts and the downward trend holds more significant relief with August starts,” Jon Jaffe, co-CEO of Lennar, said on the call.

Despite the drop in wood costs, Lennar executives said they’re cautious with ramping up with building, due to overall concerns with the material supply chain. With uncertain delivery of materials and high demand, Lennar is “Choosing to sell homes later in the construction cycle to increase margins,” said co-CEO Rick Beckwitt.

The second most prolific homebuilder in the country behind D.R. Horton, the median Lennar home sold for $413,000 in the past quarter. Though the company’s homes are in the market’s middle, Lennar has also targeted expensive areas with housing shortages, for example partnering with luxury builders in San Francisco and Los Angeles.

The one area of Lennar’s business not getting results is its investment in Opendoor, the San Francisco-based instant homebuying platform.

The company’s balance sheet noted a $234 million mark to market loss in the past quarter from a stake in Opendoor, which has lost money and even seen dwindling revenue during the present housing boom.

“The iBuyer proposition is more compelling,” Miller said, as the “fragile dance” of the traditional home purchase process, “Becomes frustrated by delays.”