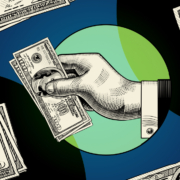 Boston fintech firm Knox Financial plans to expand its lending business and loan products with $50 million in funding it received from a real estate advisory firm.

“A homeowner’s best investment is the home they live in — far better than the returns we’ve seen from the stock market in 2022, and a great hedge against record-high inflation,” said David Friedman, co-founder and CEO of Knox Financial.

Established in 2018, Knox aims to help manage residential rentals with its algorithm-based platform. Its rental pricing and projection model also calculates the rate of return an investment property is expected to produce over time. When a property is enrolled in the platform, Knox automates and oversees the property’s finances and taxes, insurance, leasing, banking and bill pay, according to the company’s website.

The funding comes shortly after Knox launched its first mortgage product, dubbed the Knox equity access program (KEAP), in April. KEAP loans give homeowners access to capital, based on the equity in the home, to turn it into an investment property with Knox. Homeowners can then use their KEAP loan to fund a downpayment on their next home and to pay for repairs on their investment property.

In return, Knox charges an origination fee and third-party costs to the borrower. Knox also keeps 10% of the rental income generated from properties listed on its platform.

With rising mortgage rates, company representatives said Knox has seen growing interest in second lien products such as home equity loans or HELOCs from borrowers who have tappable equity but don’t want to refinance.

Knox Financial raised $10 million in Series A funding in April 2021, led by G20 Ventures, following a $3 million seed round in January 2020. The largest markets for Knox are metropolitan areas of Boston, Atlanta, Houston, Dallas and Austin, Texas. According to Marra, Knox oversees a portfolio of $150 million in combined value.

The post Knox Financial to expand loan products with $50 million in funding appeared first on HousingWire.