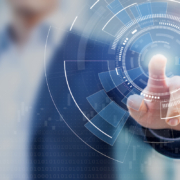 Knox oversees a portfolio of more than $100 million in investment properties, and was named one of HousingWire’s 2021 Tech100 companies. Knox automates and oversees a property’s finances and taxes, insurance, leasing and legal, tenant and property care, banking, and bill pay.

“When we launched Knox in March 2019, we set out to give everyone, from middle-class homeowners to seasoned landlords, a hands-off, predictable, and lucrative way to build wealth through investment property,” said David Friedman, Knox CEO.

The company has brought on more than $80 million in investment properties since its launch in 2019.

G20 Co-founder Bob Hower said investment property owners spend as little as one hour per year thinking about their properties with Knox at the helm.

“Its full-service, tech-enabled platform has clearly resonated with first-time investment property owners and career landlords alike,” Hower said. “Knox has shown people across the U.S. that you can see great returns from investment properties without having to put in countless hours of work.”

Investment properties have been in the news recently, as Fannie Mae has tightened its standards on second homes and other real estate investments.

Fannie said in March that recent amendments to the company’s senior preferred stock purchase agreement with the U.S. Treasury are imposing additional risk criteria on loans acquired. Also, all second homes and investment properties must be underwritten with Fannie’s Desktop Underwriter (DU), receive an approve/eligible recommendation, and be delivered as a DU loan.

Other tech companies that recently received funding include San-Francisco based tech startup Polly, which recently launched a product pricing and eligibility engine for loan originators and raised $15 million in a Series A round. UpEquity, a mortgage tech platform, received $25 million in Series A funding, and Built Technologies, a construction finance software and construction payment technology company, closed an $88 million Series C funding round in February.

Calabria: We need another round of PSPA amendments
Scroll to top