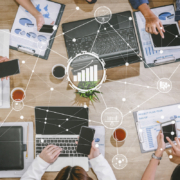 Keller Williams-owned Smarter Agent, a Philadelphia-based startup that allows agents to create their own branded apps, will be shutting down its dedicated app.

The app firm, which was acquired by the real estate brokerage franchisor in 2018, “will continue to service existing client agreements throughout their expiration,” Keller Williams spokesperson Darryl Frost told HousingWire. “Smarter Agent users have been notified of the planned service changes.”

Smarter Agent, which connects to more than 650 multiple listings services, claims to be the most widely used mobile software-as-a-service (Saas) platform in the real estate space. The company claimed on its website that it had more than 3,000 brokerages and 300,000 agents using its app.

With the acquisition, Keller Williams planned to build an end-to-end platform for consumer search. In February, the franchisor’s new neighborhood-based home search app – known as KW App – launched with data feeds from Smarter Agent, part of a larger technology overhaul.

Smarter Agent was founded by brothers Brad and Eric Blumberg over a decade ago.

Can you buy a home with plans to rent on Airbnb?
Scroll to top