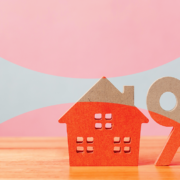 The average 30-year-fixed mortgage rate averaged 3.89% for the week ending Feb. 24, down three basis points from the prior week, according to Freddie Mac‘s PMMS Mortgage Survey.

“Even with this week’s decline, mortgage rates have increased more than a full percent over the last six months,” said Sam Khater, Freddie Mac’s chief economist. “Overall economic growth remains strong, but rising inflation is already impacting consumer sentiment, which has markedly declined in recent months. As we enter the spring homebuying season with higher mortgage rates and continued low inventory, we expect home price growth to remain firm before cooling off later this year.”

At this time last year, the 30-year fixed-rate mortgage averaged 2.97% and originators were pumping out near-record volume, largely due to the strength of refinancings. Today, refis have largely dried up and originators are desperately slashing costs to rescue falling margins.

Mortgage applications decreased 13.1% for the week ending Feb. 18 to the lowest level since December 2019, as mortgage rates eclipsed the 4% mark.

Compared to the same week one year ago, mortgage apps overall dropped 41%, with a sharp decline in refi (-56.4%) compared to purchase (-5.4%). The survey, conducted weekly since 1990, covers over 75% of all U.S. retail residential mortgage applications.

Economists had predicted rates would gradually increase in 2022 as the overall economy stabilized – but would still be below 4% for much of the year. However, rates rose faster than expected.

Rates, however, could quickly head in the other direction given Russia’s invasion of Ukraine this week.

“Bad news for the general economy is paradoxically good for the housing market in so far as rates would decline,” Len Kiefer, deputy chief economist of Freddie Mac, told HousingWire last week.