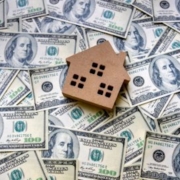 JPMorgan Chase increased originations by 21% over the fourth quarter of 2020, but compressed margins ate away at the bank’s mortgage profits in the first quarter of 2021.

The New York-headquartered bank originated $39.3 billion in home loans during the first quarter, a big jump from the $32.5 billion originated in the prior quarter. Notably, JPMorgan grew mortgage originations in both its retail division – $23 billion in Q1, up 14% from $20.1 billion in Q4 – and its correspondent channel, which rose to $16.3 billion in Q1 from $12.4 billion in the fourth quarter (31%).

Production revenue from mortgage fees and related income declined to $757 million from $803 million in the fourth quarter. It had 178,776 home loans on its balance sheet at the end of the quarter.

According to its earnings statement, JPMorgan posted revenue of $1.458 billion in the first quarter, roughly even with the fourth quarter (overall revenue in its consumer business, which includes credit cards and auto loans, declined 6%).

Bose George, an analyst at Keefe, Bruyette & Woods, said in a note Wednesday that the decline in margins was mostly due to market factors as primary/secondary spreads narrowed considerably during the quarter. He also partly attributed the decline to the share of retail – a higher margin business – to correspondent, a lower margin line.

In a note to shareholders last week, CEO Jamie Dimon said he believes the economy is about to enter a “Goldilocks moment” of rapid growth alongside slowly rising inflation and interest rates.

Though JPMorgan’s mortgage origination business didn’t catch fire in the first quarter, the bank made a record $3 billion in investment-banking fees.

These were March’s hottest housing markets
Scroll to top