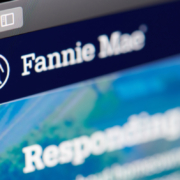 A recent syndicated article on racial bias from The Markup on racial bias, published by ABC news, AP,  Market Watch and more, has drawn a great deal of attention from trade groups, policy makers and housing advocates with support from some and attacks from others.

The story, “The secret bias hidden in mortgage-approval algorithms,” included statements from fair housing activists who concluded that there is “systemic racism” in the mortgage process. But the same story got pushback from the MBA and the ABA, as well as the CHLA, arguing that the data was selective and produced a biased conclusion.

The MBA was clearly agitated by the story to the point that they put out a public statement which sits on their website and was sent out to newslink subscribers stating, in part, “from the beginning, we explained to The Markup that its analysis of HMDA data, and its pre-determined conclusions regarding mortgage lending, fail to take into consideration several key components that form the backbone of lending decisions, including a borrower’s credit score and credit history.”

I also was quoted in the article stating, “This is a relatively new world of automated underwriting engines that by intent may not discriminate but by effect likely do.”

In an effort to unpack this debate and give at least one additional perspective that defends both viewpoints in different ways, let me highlight why I believe that there is a level of racial bias and discrimination in the manner by which the GSEs price and underwrite mortgages, which is likely to push more minority applicants to an FHA mortgage or perhaps end up without a mortgage at all.

First, I take issue with the article for a few reasons. HMDA data shows outcomes across a variety of variables, including race, but does not show FICO information. Obviously to anyone in the business that’s a big deal given that FICO is a threshold data point that determines eligibility for a mortgage.

Second, the reporters looked at conventional loans only, meaning loans only from Fannie Mae and Freddie Mac, and did not include loans from FHA/VA/USDA. This is important as FHA in particular has a much higher mix of successful mortgages to minority borrowers. On these two points alone, the MBA and ABA were on point that the conclusions were skewed because they missed these key points.

The authors argued that the MBA had been one of the organizations working to ban the publication of FICO scores in HMDA reporting, but I agree with the MBA’s reasoning here. With the elements reported to HMDA, should FICO have been included in public reporting, privacy risk would be dramatically heightened. This doesn’t, however, excuse the authors from at least acknowledging why this data element is so important.

Now, with all that said, let me articulate why I believe, as I said in my quote, “This is a relatively new world of automated underwriting engines that by intent may not discriminate but by effect likely do.”

The GSEs risk base price their mortgages while FHA flat prices theirs. The result here is that borrowers who have FICO scores below, say, 720 with a high loan to value (LTV) will often find a better deal by going to the FHA. Where I take issue with the GSEs’ pricing methodology is how they combine loan-level pricing adjustments (LLPA’s) on top of base g-fees for low downpayment borrowers at levels that some have stated seem excessive.

The GSEs have private mortgage insurance to protect their losses down to about a 65% LTV even with a minimal downpayment from the borrower. With private capital protecting losses down to almost catastrophic risk levels in the event of default, why then do they charge such exorbitant premiums on top of that coverage?

For example, on a 95% LTV purchase with a 640 FICO, there is an additional 275 bp fee added on top of the base g-fees and MI expense. The reason this is done is simple, the GSEs believe, as stated in public testimony by FHFA, that the counter-party risk of the MI companies is not sufficient to protect that first loss in a deep recession, as MI companies can fail and might not pay claims.

But in recent years, the GSEs have established new capital requirements on MI companies to protect against a significant event, making me question why they still have not modified the aggressive LLPA structure to account for that deep first-loss coverage. Simply put, many low downpayment borrowers are hit with additional costs from MI and LLPAs that will result in higher rates or perhaps forcing them to FHA. And low downpayment borrowers have higher concentrations of minority applicants thus in part contributing to denial rates.

The use of credit scores in underwriting took hold in the mid- to late 1990s as a standard for evaluating willingness to repay a debt. FICO is the standard used for this process and while the GSEs argue that they use their own credit scoring methodology in their underwriting systems, the lender still uses FICO to set floors, establish pricing and more.

There are two issues here. First, the GSEs have not updated their AUS models with updated FICO models, let alone the fact that they refuse to even pilot alternative models such as vantage score, which claims to be able to score thousands of more borrowers that today are denied access to credit.

Second, the FICO model does not give value to timely payment of rent, utilities, cell phone bills and other consistent payments made by people that are not captured in a score. While Fannie Mae should be applauded for their recent announcement that they may include rent history in a credit score, that is too recent an announcement to assess the effectiveness.

The challenge here is that underbanked Americans who make timely payments but have no credit, or perhaps less than the multiple lines that produce a high FICO score, will have greater difficulty getting a mortgage. This has a particularly greater impact on Hispanic and African Americans whose scores may be lower simply because their proven history of repayment does not fit into a scoring model.

In January of this year, just before Mark Calabria left office, the FHFA, Treasury, and the GSEs finalized an amendment to the Preferred Stock Purchase Agreement (PSPA) that did a number of things affecting second homes, 2-4 units, cash sales and more. But in addition, the rule caps purchases from any lender, “to a maximum of 6% of purchase money mortgages and maximum of 3% of refinancing mortgages over the trailing 52-week period can have two or more higher risk characteristics at origination: combined loan-to-value (LTV) greater than 90%; debt-to-income ratio greater than 45%; and FICO (or equivalent credit score) less than 680.”

This rule remains in effect today. This 2 of 3 factor rule will clearly have a greater impact on first-time home buyers and minorities who are more likely to hit at least two of these caps at higher rates than white non-Hispanic borrowers.

Many argue that this is all ok, that the GSEs are quasi private companies and have set standards based on their view of risk and that the FHA, VA, and USDA can help provide options should a borrower not qualify for a conventional mortgage. I am not here to argue either for or against this argument. But none of this changes the outcome. The effect of some of these policies will produce a selection bias in terms of outcomes.

Earlier this year, a publication from the Harvard Joint Center For Housing Studies concluded that Black borrowers get charged higher rates across all income levels. In the research piece they acknowledged that “many other factors affect interest rates including wealth, debt, credit score, downpayment, mortgage amount, and duration.” But the research also concluded that “Black homeowners have experienced systemic barriers to homeownership and wealth-building opportunities that have limited their ability to access credit, which is a key component in receiving low mortgage interest rates.”

When I read the MBA response to the article from The Markup, I thought that this was a classic response from the trade association that represents industry, and in reading their comments I agreed with the concerns that I stated at the onset of this commentary. But I would argue that the gap in homeownership rates by race, credit scoring methodologies and pricing structures should be an area where industry leadership aligns with consumer advocates to argue for change.

When I started my career as a loan officer, there were no credit scores. The philosophy was that no credit wasn’t necessarily bad credit and underwriters could make judgement calls in order to approve a loan. The problem is that the old process resulted in racial bias as well. Technology and scoring takes color out of the decision-making process. But that does not mean that it’s not without flaws. There should be as much effort to calling out these flaws as there is in defending industry from the points made in this story.

The post Is there racial bias baked into GSE underwriting? appeared first on HousingWire.

Are home updates actually worth it right now?
Scroll to top