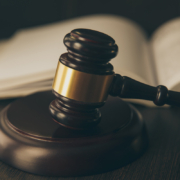 Dan Gilbert is the target of a new insider trading lawsuit.

In total, the lawsuit claims that Gilbert pocketed $500 million by selling company stock before reporting poor earnings and guidance. The lawsuit, first reported by Reuters, was filed in the Delaware Chancery Court by an investor, Christopher Vargoshe.

Aaron Emerson, a spokesperson for Rocket Companies, said the claim is “absolutely preposterous” and “completely frivolous and without merit.” He added that Vargoshe holds three shares, invested no more than $130, and it is a “shame that the legal system allows this type of pointless litigation.”

The plaintiff claims that on March 29 ­– six days after a board meeting and two days before the end of Rocket’s Q1 2021 ­– Gilbert sold $500 million in Rocket stock, “despite having actual or constructive knowledge of material, non-public information about Rocket.”

He sold 20.2 million Rocket shares at $24.75 per share, according to U.S. Securities and Exchange Commission (SEC) files.

On May 5, Rocket issued its Q1 2021 earnings and guidance for the second quarter. It reported that the company was on track to achieve a loan volume between $82.5 billion and $87.5 billion and gain-on-sale margins within a range between 2.65% and 2.95%.

According to the lawsuit, Rocket Corporation is controlled by Gilbert through his investment vehicle Rock Holdings Inc. (RHI).

The investor raised concerns about Rocket’s board of directors, saying there is no majority of independent directors with respect to the claims. He alleges that four of the seven directors are affiliated with RHI, including Gilbert; his wife Jennifer; RHI’s CEO Jay Farner; and Matthew Rizik, who provides consulting services for the company and serves as an officer at RHI.

Vargoshe said that Gilbert should compensate the company for any damage brought by the alleged misconduct and should also pay back any profits made by alleged insider trading.

This is the second lawsuit alleging that Gilbert engaged in insider trading. The first was filed in December in the Delaware Court of Chancery by the Police & Fire Retirement System City of Detroit and the Doris Shenwick Trust.

However, the pension fund in Detroit withdrew the lawsuit after two weeks, alleging that it was filed due to a “miscommunication” with a third-party law firm.

“The firm was authorized to review the case and do fact-finding but not authorized to file a lawsuit,” the pension fund said in a statement.