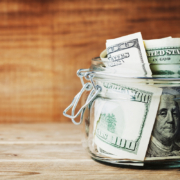 Interfirst was founded in 2001 as a retail originator but expanded to the wholesale channel in 2008 and the correspondent channel in 2011. The company ceased operations in July 2017 after years of declining volumes. The originations went from $14.1 billion in 2012 to $2 billion in 2016.

Last year, Interfirst relaunched its services with a new proprietary loan origination technology platform. The company applies artificial intelligence to origination, traditionally a complex process, to eliminate upfront fees and cut interest rates. It’s also made a push to hire teachers and first responders to be loan officers. The company does not offer their LOs commission splits; instead new LOs receive a salary between $44,000 and $68,000 annually.

“The mortgage industry is fragmented and ripe for disruption by tech-enabled, customer-centric platforms,” Al Goldstein, CEO of StoicLane and one of the investors in the round, said in a statement.

Last September, the executive launched the private holding company StoicLane with Matt Foran and Jake Nice. The focus is to invest in finance, insurance, and real estate businesses.

The team co-founded several businesses, such as the fintech Enova, real estate investment trusts (REIT) Pangea Properties and New Lake, and the online lending company Avant. Since 2004, they claim to have created $4 billion in equity value to investors.

“Al and the team share our strategic vision for the long-term,” said Dmitry Godin, CEO of Interfirst.

Following the capital injection, Interfirst board of directors will have new members: Brian Laibow (co-head of North America for Oaktree’s Global Opportunities strategy), Jeffrey Hecktman (founder and CEO of Hilco Global) and Brian Brooks (former CEO of Binance.US and former U.S. Acting Comptroller of the Currency).