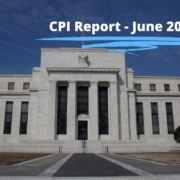 The Bureau of Labor Statistics has released the latest Consumer Price Index. Despite any chatter that may have predicted otherwise, inflation is still at a 40-year high and a 1.3% increase from the month before. Though inflation impacts everyone one way or the other, its effect on the housing market keeps getting more interesting, especially since it’s not fully visible through the statistics.

After all, when the price of gas is so high that people can’t make it to their kids’ doctor’s appointments without taking out loans and food prices are 24% higher in school cafeterias, nothing could be worse than rent prices increasing for some of these families, unless you count now people having to give up their pets, too.

And, as we know, landlords have to keep up, so increasing rent is what’s going to happen anyway. In some cities, these increases are over 10%. Even those who may be in a position to get out of their leases and make a home purchase—as the housing market may finally start to show signs of cooling—interest rate hikes may keep them in their rentals longer.

What Does the Latest CPI Data Tell Us?

Though we did get a bit of a reprieve from gas prices in mid-June and the Fed continued to raise rates to fight inflation, the bottom line hasn’t changed. Unfortunately, the average person’s ability to afford basic necessities continues to get worse.

Additionally, while not in the CPI report, the Euro is continuing to lose its value against the U.S. dollar, with one of the factors being the Fed raising interest rates, along with the Russian invasion of Ukraine. Whether this is a chicken-or-egg situation is beside the point. This may be great for summer travelers, but not so fast. Airlines have been taking a major hit since the pandemic began with a 9+ billion dollar loss and staffing issues to boot. Consequently, with gas up as well, airline tickets are the most expensive they’ve been in years.

Despite this, Americans are still planning vacations, as noted in a recent short-term rental report on BiggerPockets.

The Housing Market Is Still Wild, But Cooling

Alongside this report, the housing market has seen some changes over the last few weeks, but whether this is good or bad depends on whom you ask. Even though there are indicators that prices are starting to cool down, it’s still a war for homebuyers.

Supply constraints continued to be plagued by construction costs, leaving many developers on the sidelines. As of April, the cost of building materials had gone up 19% year-over-year, according to NAHB, and it’s likely to continue increasing. Combine that with gas prices and a global supply chain that’s remained in limbo, building projects may start to get pushed back, and those in the midst of a project could be putting off the completion date. May saw housing starts of privately owned units decrease from 1.8M to 1.5M.

Investors: What Should You Do Now?

While sifting through the news has been confusing, and it seems like there’s not much positivity on the horizon, as long as your tenants are still paying rent, you’re still doing okay.

While housing prices are high in every market, some markets still have decent opportunities. As an investor, you should do some research and check out these top 10 markets in the U.S. to invest in now.

Be on the lookout for the next GDP report on July 28. If growth was negative in Q2, the U.S. will be in a technical recession. We’ll be covering what you need to know here on BiggerPockets.

Prepare for a market shift

Modify your investing tactics—not only to survive an economic downturn, but to also thrive! Take any recession in stride and never be intimidated by a market shift again with Recession-Proof Real Estate Investing.