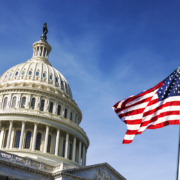 Last weekend, a plan to raise revenue through expanded tax enforcement to pay for the bipartisan infrastructure package fell by the wayside. That measure was expected to bring in $700 billion in revenue. With that off the table, Senators are now casting about for an alternative.

The industry groups wrote that g-fees should only be used as a risk management tool to buffer against potential mortgage credit losses and to support the GSEs’ charter duties.

The coalition — made up of groups that don’t always see eye-to-eye on other issues — spans nearly every corner of the industry.

Kilmer said members of the coalition got word that the Senate was considering using g-fees as a way to pay for the infrastructure package. Within 24 hours, the two dozen groups sprang into action to pen a letter explaining their opposition.

“It’s a tax on housing consumers for one purpose, risk management of the [Government Sponsored Entities] loan portfolio, to pay for some other purpose,” said Killmer.

Freddie Mac and Fannie Mae charge g-fees to lenders to cover credit losses from borrower defaults, administrative costs and a return on capital. In 2019, g-fees amounted to 58 basis points on average for a 30-year fixed rate loan. Those increases are passed on to borrowers in the form of a higher interest rate.

The use of g-fees to pay for non-housing related items is not an idle threat — it has precedent in recent history.

In 2011, to support a two-month period of payroll tax relief, Congress raised g-fees by 10 basis points for a period of 10 years. That increase expires in September. Members of Congress may be eyeing that deadline and considering re-upping the fees, sources said.

“Since then, whenever Congress or the Administration has considered using g-fees to cover the cost of non-housing-related programs, our organizations have united to emphatically let lawmakers know that homeowners cannot, and must not, be used as the nation’s ‘piggybank,’” the groups wrote.

“The benefits of affordable homeownership accrue to families, communities, and our national economy; we simply cannot allow these benefits to be jeopardized by efforts to raise g-fees unnecessarily,” the letter reads.

Negotiations are still underway in the Senate for bipartisan legislation which would take up traditional infrastructure like bridges, roads, rural broadband and upgrading the power grid.

Those talks hit a snag earlier this week when Senate Majority Leader Chuck Schumer pushed for a vote on Wednesday to advance the measure. Republicans had opposed the timeline and the vote failed, although Schumer subsequently filed a motion to reconsider.

A bipartisan group of Senators have yet to agree on how to raise revenue for the package. Democrats are also pushing a separate $3.5 trillion infrastructure package, which would advance a social infrastructure agenda.

The post Industry to Congress: G-fees aren’t your “piggybank” appeared first on HousingWire.