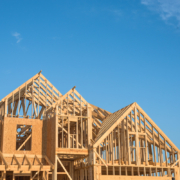 Housing starts jumped in March, recovering from a bleak February that included wild winter storms in the South, according to a recent report from the Census Bureau.

Single-family housing starts rose 15.3% over the month to a pace of 1.24 million annualized units. That’s up 37% from a year ago, but it’s important to take into account that the COVID-19 virus first took hold of the national spotlight in March 2020, said Doug Duncan, chief economist at Fannie Mae.

“Still, the March pace was the second strongest since 2006, surpassed only by this past December’s reading,” Duncan said. “An extremely tight supply of existing homes for sale combined with still-favorable mortgage rates and an improving labor market will continue to support demand for new housing. Suburban multifamily housing construction is also benefitting from this trend.”

For now, Duncan said, the supply of existing homes for sale and an elevated level of new homes sold — but not yet constructed — should help bolster a strong construction pace of new housing starts moving into the spring buying season.

“While housing demand is expected to remain strong, we expect it to diminish somewhat as the year progresses due to the waning effect of the COVID-19 disruption to homebuyers’ purchasing timelines,” Duncan said.

Single-family housing starts ended 2020 on a high note, reaching a 1.338 million-unit pace in December — the highest pace since 2006. While the pace has certainly dropped since then, there are signs that builders could have some work in the pipelines.

A positive indicator for the market is the overall number of permits issued for single-family homes, which increased 4.6% from February. That number is a good indicator of future construction, according to First American Deputy Chief Economist Odeta Kushi.

“Builders are facing surging demand in an environment of limited existing homes available for sale,” Kushi said. “Yet they face challenges, including limited building materials, rising lumbers costs, a dearth of buildable lots and costly regulations. These headwinds could slow the momentum.”

A recent report showed the current price of lumber and building materials is adding approximately $24,000 to the cost of new builds, forcing prospective homebuyers to abandon new builds and focus on existing properties. That’s depleting inventory across the country.

“There continues to be a demographic-fueled shift away from renting to home-owning driven by millennials aging into homeownership, but the challenge is the historic lack of supply,” Kushi said.

Added Matthew Speakman, Zillow chief economist: “There is no avoiding the fact that prices of key materials are rising at their fastest rates in decades, and availability is often limited due to pandemic-driven supply chain disruptions. The question now is whether this enduring optimism can continue to translate into activity, and if a continuation of these conditions will eventually force builders to throttle back.”

The post Housing inventory is starting to recover appeared first on HousingWire.

Want to boost your home’s property value? Plant a tree
Scroll to top