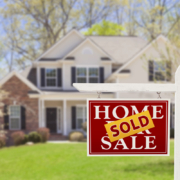 “It’s too early to say for sure whether home flippers indeed have gone into an extended holding pattern,” said Todd Teta, ATTOM chief product officer. “But the first quarter of 2021 certainly marked a notable downturn for the flipping industry, with the big drop in activity suggesting that investors may be worried that prices have simply gone up too high. After riding the housing boom along with others for years, they now might be having second thoughts.”