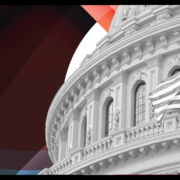 The bipartisan infrastructure package has yet to clear its first hurdle, and the inclusion of provisions to address any of the nation’s housing dilemmas grows more unclear.

The U.S. Senate attempted to move forward this week with a whittled-down, $579 billion infrastructure package that will include traditional infrastructure items. Senate Majority Leader Chuck Schumer on Monday called a procedural vote to advance a placeholder bill for the infrastructure package. On Wednesday, the measure failed, 49-51. Shortly after, Schumer filed a motion to reconsider the failed vote.

To accomplish the Biden administration’s social infrastructure agenda, which was entirely left out of the bipartisan framework, Senate Democrats hope to pass a separate $3.5 trillion infrastructure package without support from Senate Republicans. That measure, although there is no formal bill text, would include investment in affordable and low-income housing.

“We are going to make the largest single investment in the history of the country in building lower income and affordable housing,” said Senate Budget Chair Bernie Sanders. “And, when we do that it’s going to create a whole lot of great-paying jobs.”

Meanwhile, a separate effort is underway in the House of Representatives. Democratic Congresswoman Maxine Waters of California last week introduced a package of housing-focused legislation, including a $600 billion effort to improve housing infrastructure, an expansion of housing vouchers and downpayment assistance for first-time homebuyers. The package boasts the support of dozens of housing-focused trade associations and advocacy groups.

The bills are ambitious and, unlike the Senate’s murky and theatrical machinations, already exist in written form for the public to see. But it’s unclear if any of her proposals will be included in the final infrastructure bill.

“For the first time in a generation, we have a real opportunity to fix structural problems in our housing system and reverse decades of disinvestment in low-income communities and communities of color,” Waters said at a House Financial Services Committee hearing she convened this week.

Although there is no shortage of housing crises — a meager supply of affordable housing, more than half a million homeless, a persistently wide racial homeownership gap — few now expect landmark legislation from Congress. The Democrats control both houses of the legislature, but not by wide enough margins to withstand any defectors. That means they need the support of even the most conservative members of their caucus, giving those members ultimate control over any Democrat-led infrastructure package.

Ceiling, not a floor

The lawmakers negotiating the bipartisan infrastructure framework are a group of 11 Republican senators, nine Democratic senators and one Independent senator who caucuses with Democrats. The Senate has not released bill text for either of the measures.

In a tweet last week, Arizona Sen. Kyrsten Sinema, a conservative Democrat and a member of the group developing the framework, gave a rundown of its contents: $110 billion for transportation, $65 billion for high-speed broadband internet, $73 billion to upgrade the power grid and $25 billion for airport upgrades.

Investment in housing is nowhere to be found. Stakeholders like the National Housing Conference‘s CEO, David Dworkin, are still arguing that housing is infrastructure, although he acknowledged that key politicians have not embraced those arguments.

“How is housing not infrastructure? It’s a physical asset that is part of a community that is supported by the government, deteriorates over time, and has a direct impact on the quality of life and economy of an area,” said Dworkin. But any hope for housing-related items which once seemed within reach — such as downpayment assistance, funding to repair public housing, or expansion of the low-income housing tax credit — are dependent on Democrats using reconciliation to pass a separate budget.

The reconciliation budget will have to wait until the bipartisan package is passed. As Goldman Sachs chief political economist Alec Phillips noted in an analysis brief, “Passing two bills is harder than one.” The investment advisory firm said the $3.5 trillion top-line number is likely to be more of a ceiling than a floor, because the bill will not increase deficit spending, according to a lawmaker on the Senate Budget Committee. Virginia’s Democratic Sen. Mark Warner said in a press conference last week the measure would be “fully paid for.” In other words, no deficit spending.

It is possible the reconciliation bill will include a boost to affordable housing, and some of the items that the Biden administration campaigned on, such as downpayment assistance for first-time homebuyers. But it will be a long haul to hammer out a deal.

One point housing advocates hope to emphasize is how building more housing could create good-paying jobs in the building trades, without a four-year college degree.

That may resonate with the White House. Biden has sought to emphasize blue-collar bonafides to bring working-class voters back to the Democratic party. Those voters have nonetheless continued to flock to Republican candidates, or opted to stay out of the voting booth altogether.

But increasing the supply of affordable housing without a labor force to build it could lead to stalled shovel-ready projects like those seen during the Great Recession. Since 2009, the building trades have lost 1.5 million workers, the National Association of Home Builders found. In April, the Home Builders Institute said that builders cite only lumber prices and regulatory burdens as a greater concern than a labor shortage. Fewer parents today encourage their children to pursue a career in the building trades, in favor of four-year college degrees.

Ed Brady, CEO of the Home Builders Institute and himself a second-generation homebuilder, welcomes appropriations from Congress that would incent affordable housing construction. But he hopes any efforts would be long-term — not necessarily dependent on one administration’s priorities.

“Sewer systems, bridges and roads” exist to support and move people to and from housing, Brady pointed out. “Infrastructure is housing, housing is infrastructure.”

The post Hopes for generational investment in housing fade in DC appeared first on HousingWire.