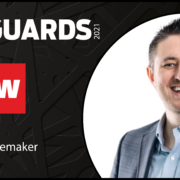 If you added up the impact that HousingWire’s Vanguard winners have had on the industry, you’d likely have a comprehensive list of the initiatives that have moved markets forward. These are the leaders who have dreamt, shaped and molded a better way to execute the home-buying journey. From injecting technology into the mortgage process to redefining the real estate agent and home shopper relationship, these leaders have laid the foundations for millions of homeowners. HousingWire sat down with three of these leaders: James O’Bryon, RE/MAX Gold Nation CEO, Cathleen Schreiner Gates, SimpleNexus CEO, and Phil Shoemaker, Homepoint president of originations, to learn more about the housing trends they’re closely watching, what they think will define 2022 and what they hope people remember them for when they retire.

Brena Nath: First off, congrats on being named a 2021 Vanguard. Who would you want to thank for helping you get where you are today?

Phil Shoemaker: I’d have to say my wife. I definitely would not have been able to do a fraction of what I’ve done without her support. I’ve been really lucky along the way. Outside of my wife, there’s a long list of people who really took an interest and invested in me and they all know who they are, and I very much appreciate all of them.

Brena Nath: What’s one accomplishment in your career that you’re really proud of?

Phil Shoemaker: Honestly, I think the biggest thing is that I’ve never sacrificed who I want to be. I feel like success can change people, and I’ve seen that. I’ve been around a lot of people who have found success. And I think that what I’m most proud of is, despite my success, is that I feel like I’ve stayed consistent with my values and who I want to be. It’s really all about me. I really find a lot of joy in helping other people and being a part of a team that wins together, as opposed to my own personal accomplishments.

Brena Nath: How are you helping move markets forward?

Phil Shoemaker: The No. 1 thing would be that I think this industry as a whole has become a little too focused on the wrong thing, specifically technology and automation. Just to give you context and background, I’m a technologist, and so I started out my career as an electrical engineer. That’s what I got my degree in. And then, I got into technology and built two loan origination systems. So, I actually came into the industry with a very heavy focus on technology. I think technology and process are extremely important because efficiency really does matter in this industry.

But this is still very much an industry that’s about relationships. It’s a people-centric industry. I believe what we’re doing at Homepoint is unique, and we’re coming at it with a people-first mentality. Our goal is to kind of double down on that. If you think about what we’re doing, putting people in homes, it’s a very noble thing, and it’s oftentimes one of the biggest transactions that a person ever does.

It’s stressful, right? And so, creating a company that recognizes it’s not just about profit and making money, it’s about something bigger than that, which is we are putting people in homes. Oftentimes, I think that gets lost in the industry. I think that you can win and do both. You can make money and you can also take a people-centric approach, and you can be efficient from a technology standpoint. One doesn’t have to trump the other.

Brena Nath: What are two trends in the mortgage and real estate industry that you’re closely watching?

Phil Shoemaker: The number one trend is that I do believe that there’s going to be a persistent migration between from retail to wholesale. And let me back up and give you the perspective there. Physical distribution in this industry is still very important. Having originators in the market that have access to referral sources, like real-estate agents, who are familiar with borrowers, communities, and the different nuances of the market is really important. And there are two ways you can get that.

You can build a company with distributed retail where you’re employing those LOs, or you can engage in wholesale lending where you are a lender but you’re leveraging this network of originators around the country. And I’ve had deep experience in both. I’m not saying an originator in retail or wholesale is better. But I do believe that the overall platform that wholesale offers an originator is superior, and the reason is that in wholesale, there’s more alignment with the originator and the lender.

The originator is able to focus on what they do best, which is originating loans, and the lender is able to focus on service and building scale and efficiency, opposed to trying to manage the originator, which is very costly and time-consuming in retail. It got muted a little bit in 2020 because when rates go down, everyone’s pipelines get full, and people stop moving. As rates go up, which they undoubtedly will, refis will go away and capacity’s going to start to become more constrained.

You’re going to see more and more originators take that leap and move to wholesale because they’ll give their borrowers better rates, and I think they’re also going to be able to give their borrowers a better experience. The second thing I’d point out is that there is a severe issue in mortgage with diversity. You could also broaden that to other industries, but since this is the industry we’re in, I’ll focus on mortgage. There needs to be more minorities in leadership positions and owning businesses. It’s the same thing with women. The industry has been dominated by one class for far too long. That’s why last year we did a $1 million grant to help minority- and women-owned brokers start.

Brena Nath: The past two years have been filled with a lot of uncertainty; what factors do you think will define 2022?

Phil Shoemaker: First, it is pretty certain that rates are going to up. If you look at every single data point around where rates are going, it’s up. And if you look at what that means in terms of forward forecasted volumes, there’s a heavy shift towards a purchase market, which is why I think physical distribution will matter and why you will see wholesale start to grow. With that same concept, when you see that shift with refi s going away, you’re also going to see a pretty healthy amount of consolidation. And that’s something that, honestly, I do struggle with because I think consolidation is good since you do have to have it to some degree.

If you can create a company that has more scale, you’re able to bring down costs, that ultimately benefits the end consumer. But there’s a degree issue there. Too much consolidation is bad. You don’t want three companies because then you lose all the optionality and that’s bad. That is one thing that I’m hyper-aware of. The industry will consolidate, but I do think that collectively as an industry, we should be concerned about how much it consolidates.

Brena Nath: After you’re finished with your career, what do you hope people remember you for?

Phil Shoemaker: This might sound a little cliché, but I just want to be remembered as a good person. Look, I am very competitive, and I like to win. But for me, winning is not about getting a certain number on the ranking tables. It’s about achieving a goal and the process you go through along the way, and the people you impact and having a positive impact in the world. That would be number one — that I was a good person. It really is about the process and who you impact as you go through it. That’s what’s important. Not the destination.

Brena Nath: To wrap, what’s one piece of advice you would give people in this industry?

This Q&A was originally featured in the Oct/Nov issue of HousingWire magazine. To view the whole issue, go here.