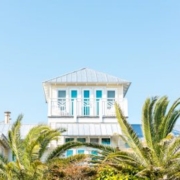 The Tuesday report also revealed an 11.1% year-over-year gain in January for the 20-city price index, up from 10.2% the previous month. Overall, prices rose month over month in 19 of the 20 cities tracked, with Cleveland being the only city to see prices drop. Year over year, prices rose in all 20.

Phoenix saw the highest rate of price appreciation with a 15.8% gain year over year, according to the indices, followed by a 14.3% jump in Seattle and a 14.2% increase in San Diego.

Detroit data was included in January’s indices for the first time in nearly a year. The major city is a component of the 20-city index, however, it was excluded from the data for the majority of the pandemic due to issues collecting data during coronavirus-related shutdowns.

Fannie Mae on how to make housing more affordable

In the last few years, the number of existing single-family homes for sale has decreased. But home prices have increased. To make homeownership a possibility for everyone, there needs to be a higher supply of affordable homes.

At its current torrid pace, Zillow economist Matthew Speakman said the expectation of increased price growth is expected to persist for many more months. During what is typically a slower time of the year, homes went under contract in January in a matter of days after hitting the market and about a month faster than the same period a year ago.

“With more signs of an improving economy continuing to arrive, demand for housing remains elevated, leading homes to fly off the shelves and red-hot competition for the relatively few homes available for sale,” said Speakman.

“Seeing this, and unfazed by rising mortgage rates, a wave of eager buyers is being forced to act swiftly and face heightened competition for the few homes available,” Speakman continued. “The combined dynamic is pushing prices upward at their strongest pace in years, and it doesn’t appear that there is an end in sight.”

Since the beginning of the pandemic, home prices have been fighting an uphill battle. Increased demand amid drastically higher building costs have builders struggling to keep up. Sales for new homes and existing homes saw dips in February from the previous month, but are both still higher year over year.

The industry’s saving grace may ultimately be rising mortgage rates. Higher rates will cool off some of the demand and since new homes are much more susceptible to fluctuations in rates, builders will have time to catch up. More inventory means lower prices and less expensive building costs.

Mortgage applications decreased for the third straight week on March 24 – this time down 2.5%, according to the latest report from the Mortgage Bankers Association as inadequate housing inventory continues to put upward pressure on home prices.

“As both home-price growth and mortgage rates continue this upward trend, we may see affordability challenges become more severe if new and existing supply does not significantly pick up,” said Joel Kan MBA’s associate vice president of economic and industry forecasting.

The ugly side of housing: low inventory
Scroll to top