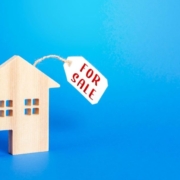 The S&P CoreLogic Case-Shiller index covering home prices of all nine U.S. census divisions rose 7% in September from a year ago, the greatest year-over-year gain since 2014, and nearly 23% higher than its last peak in 2006.

The September increase was also greater than the 4.8% uptick reported in August, and represented the largest annual gain since May 2014 as record-low mortgage rates and a lack of inventory continued to put upward pressure on home prices.

“Home prices are normally sticky, meaning that they often take a while to respond to market shifts,” said Matthew Speakman, economist at Zillow. “These elevated levels of market competition have been placing upward pressure on prices for months, but home prices have just recently begun to take off in earnest. Some measures show home prices now growing at a faster pace than they ever have.”

Homes went under contract two weeks faster in September than they did a year earlier, but construction is playing catch-up to feed the frenzy, said Speakman.

Single-family housing starts, driven heavily by low interest rates and changing consumer patterns, rose to an annual rate of 1.53 million in October, the highest since this February and far past 1.108 million recorded in September, according to the U.S Census Bureau.

The price jumps reported in the Case-Shiller Index roughly matched up with statistics from the Federal Housing Finance Administration, which reported that prices increased 3.1% over the second quarter, the biggest gain since at least 1991, when the agency began keeping records.

Looking through a more localized lens, Phoenix experienced the steepest year-over-year gain, rising 11.4% – the 16th consecutive month Phoenix home prices rose more than those of any other city. Seattle took the second-greatest increase once again, up 10.1%, with San Diego following at 9.5%.

Housing prices were consistently robust nationally even in the worst-performing cities – New York (4.3%) and Chicago (4.7%)., according to Craig Lazzara, managing director and global head of index investment strategy at S&P Dow Jones Indices.

“Our three monthly readings since June of this year have all shown accelerating growth in home prices, and September’s results are quite strong. This month’s increase may reflect a catch-up of COVID-depressed demand from earlier this year; it might also presage future strength, as COVID encourages potential buyers to move from urban apartments to suburban homes,” said Lazzara. “The next several months’ reports should help to shed light on this question.”

Though home prices continued to rise in September, homebuyers showed little interest in slowing down, driving existing home sales up for the fifth consecutive month in October, 4.3% year-over-year.

However, the Conference Board’s Consumer Confidence Index declined slightly in November to 96.1 from 101.4 in October. The index, a key measure in gauging whether people are willing to make big-ticket purchases like homes, fell as consumers lost morale for business conditions and the labor market.

“While the worsening spread of COVID-19, and the economic uncertainty that accompanies it, do pose some potential risks to the booming housing market, it appears unlikely that this remarkable growth in home prices will abate in the coming months,” Speakman said.