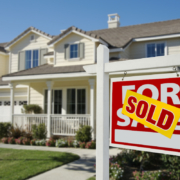 National median home prices reached $370,528 for the month of April, a 22% increase year over year and a new record, according to a recent study from Redfin.

The number of homes for sale also sank to a record-low average of only 19 days on the market. And 49% of homes sold for above asking price — a record high.

The numbers are a bit exaggerated, per Redfin Chief Economist Daryl Fairweather, due to the COVID-19 pandemic slowing homebuying and selling in April 2020 and skewing the numbers. But the fact remains, she said, that low inventory is going to keep prices high.

“There simply aren’t enough homes for sale in America for everyone with the desire and the means to buy one right now,” Fairweather said. “Until new construction takes off — over the course of years, not months — home prices will continue to increase. This housing boom is nowhere close to over.”

With an aforementioned 49% of April homes already selling above asking price, it’s likely May and June will report record highs as well, Fairweather said.

“To put the scarcity of housing into context, there is plenty of room for supply to increase and demand to taper off, and we would still find ourselves in a historically strong seller’s market,” Fairweather said.

“This measure also typically peaks in June, so the next two months may also hit record highs if the market continues to follow a typical seasonal pattern into summer,” Fairweather said.

The number of homes sold in April was up 34% from a year earlier, but only 8% from the same time in 2019. The only metro area that saw home sales decline was Rochester, New York (-3%). The largest gains in sales were in places that had the most abrupt slowdown of home sales in April 2020, including San Francisco (up 184%) and San Jose, California (up 150%) and Miami, Florida (up 120%).

Median home prices increased from a year earlier in all of the 85 largest metro areas Redfin tracks. The smallest increase was in Honolulu, Hawaii, where prices went up 0.2% from a year ago. The largest home price increases were in Austin, (up 42%), Oxnard, California (up 26%) and Miami (+26%).

“I’m helping buyers understand the current market by advising them that it’s no longer unusual for a home to sell for up to $50,000 above asking price,” said Andrea Ratcliff, an Indianapolis-based Redfin agent. “Builders have waiting lists of at least a year and people are hesitant to sell their homes because there are so few options available for them to buy.”

Approximately half of all homes in Denver, Seattle, Portland, Oregon and Omaha, Nebraska sold in five days, Redfin reported.