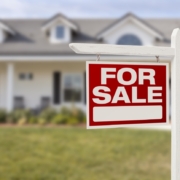 The index showed a 19.8% annual gain for the year ending in August 2021, remaining the same as the previous month. This remains the highest annual rate of price growth since the index began in 1987.

“The U.S. housing market showed continuing strength in August 2021,” Craig Lazzara, the managing director and global head of index investment strategy at S&P DJI, said in a statement. “Every one of our city and composite indices stands at its all-time high, and year-over-year price growth continues to be very strong, although moderating somewhat from last month’s levels. “

Yet again Phoenix recorded the highest year-over-year home price increase at 33.3%. This is up from a 32.4% increase in July. San Diego again was second with a 26.2% increase and Tampa was third with a 25.9% increase.

Overall, eight of the 20 cities reported higher price increases in the year ending in August 2021 than in the year ending in July 2021 and all 20 cities saw month-over-month increases before and after seasonal adjustments. The U.S. national index posted a 1.4% month-over-month increase after seasonal adjustment.

“As has been the case for the last several months, prices were strongest in the Southwest (+24.1%), but every region logged double-digit gains,” Lazzara said in a statement.

Although prices are remaining stubbornly high and demand remains strong with one-third of homes sitting on the market for less than a week, the bidding-war rate in September dropped to its lowest point in 2021, perhaps a sign that the upcoming Case-Shiller report for September will show a reduced rate of growth.

“While demand remains strong and buyers are still generally paying more for homes than asking price, the slowing acceleration in home prices suggests that buyer fatigue is setting in, particularly among higher-priced homes where the acceleration in price growth from the previous month has been larger compared to low tier homes,” CoreLogic deputy chief economist Selma Hepp said in a statement.

Another home price index released Tuesday by the Federal Housing Finance Agency, the regulator of Fannie Mae and Freddie Mac, found that home prices rose 1.0% month-over-month in August and 18.5% from a year prior. Both metrics are slightly lower than the rates reported in July.

“Though extraordinary market conditions pushed house prices skyward between the Spring of 2020 and the Summer of 2021, the latest signs indicate that the market is relenting,” Zillow economist Kwame Donaldson said in a statement. “And while house price appreciation will remain elevated for the next several months, further acceleration is unlikely.