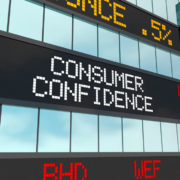 The lender plans to price 7.25 million shares of common stock at $13.00 per share on Friday, the company said in a statement late Thursday evening.

Home Point Capital itself is not selling any shares in the offering, but funds affiliated with its private equity backer Stone Point Capital are cashing out. Those stockholders have also granted the underwriters – which include Goldman Sachs, Wells Fargo, Morgan Stanley and UBS Investment Bank – the option to purchase an additional 1.087 million shares of common stock.

The company will trade on the NASDAQ Stock Exchange under the ticker symbol “HMPT.” The offering is expected to close on Feb. 2.

The parent company of Homepoint originated $46.3 billion through its broker network in the 12 months that ended Sept. 30, 2020. It originated a total of $38 billion in loans through the first three quarters of 2020, according to the S-1. It’s a phenomenal rise for a lender that originated just $10.6 billion in 2018 and at one point had a retail operation.

Homepoint, led by CEO Willie Newman, has taken a different approach than most of its rivals. It services all of its loans.

Though it’s best known for its wholesale channel, Homepoint also operates in the correspondent channel, purchasing loans already issued to end-borrower customers, as well as the direct channel, mostly refinancing its own clients.

Homepoint’s potential IPO won’t come as a surprise to most observers, given its backing by private equity firm Stone Point Capital. Ahead of its public offering, the wholesale lender’s parent company looked to raise $500 million in debt in a private placement sale, giving its underwriters the option to buy shares.

Earlier this month, Home Point Capital announced that it had brought on Fannie Mae‘s former head of single family lending, Andrew Bon Salle, as chairman of its board.

Homepoint’s debut follows that of United Wholesale Mortgage, the top wholesale lender in the country, which went public a week ago, opening trading at $11.95 a share. UWM’s price, however, has scuffled, closing Thursday at $9.96 a share.