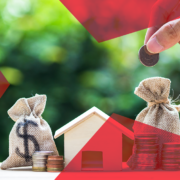 San Francisco-based fintech company Unison recently completed a $443 million private-label offering backed by an emerging class of home-equity assets in which investors and the homeowners share in both the upside and downside of a property’s value over time.

Unison expects to bring three additional securitization deals to market in 2022, according to a company executive. The company, through its fintech platform, offers homeowners the opportunity to tap their home equity without taking out a loan — via Unison’s shared home-equity product called a residential equity agreement (REA).

Unison, launched in 2004, joins another California-based fintech competitor, Point, in pursuing efforts to tap the secondary market to create more liquidity for the financing of shared home-equity contracts. This past fall, Point partnered with Redwood Trust to complete what they described as a first-of-its-kind $146 million securitization deal backed by contracts that are similar to REAs.

Bo Stern, head of portfolio strategy and risk for Mill Valley, California-based Redwood Trust, described the Point securitization deal at the time as involving “a new asset class that allows both consumers and investors to access one of the biggest markets in the world” — specifically, the massive homeowners’ equity market.

“Home prices have been increasing rapidly over the past year, creating a record $24 trillion of wealth,” Unison said in announcing its new securitization transaction, which closed in late December 2021. “… This transaction offers the opportunity for investors to access residential real estate equity and increases liquidity for homeowners across the country looking to monetize the equity in one of their most valuable assets — their homes.”

The joint underwriters for the Unison securitization deal, conducted through the conduit Unison 2021-1, were Nomura Securities and Barclays Capital. Matthew O’Hara, head of portfolio management and research at Unison Investment Management, which is under the Unison umbrella, confirmed that three additional securitization deals are in the works for this year.

“They probably won’t be as big as the current one,” O’Hara said, “but … assuming home prices continue to appreciate as they have been historically, then the [securitization] deal side will have to grow commensurately.”

Unison, through an REA contract, advances the homeowner a portion of the equity in the property in exchange for a lien position and a share of the home’s future appreciation. Unison also shares some of the downside if the property loses value over the course of the contract.

Unison, through its recently announced offering, Unison 2021-1, is securitizing existing REA assets it originated and are now held in an investment fund managed by the company. O’Hara said Unison is currently in discussions with a couple of bond-rating firms to help determine the best framework for rating future REA securitizations — with the goal of having a rating-agency review Unison’s third REI securitization planned for this year.

“Mortgages have existed for 2,000 years, and there’s even a reference to them in Roman writings,” O’Hara said. “So, the idea of a mortgage is well understood and it’s a huge multitrillion dollar market.

“We [the shared home-equity industry] are not a multi-trillion market. We’re smaller and, as a result, they [rating agencies] have to understand what the [REI] contracts are, and how putting them into a pool, chopping them up and selling it in bonds behaves on top of those contracts.”

The total value of homes Unison has invested in across some 200 metro areas exceeds $5 billion, according to its website, and those assets continue to grow. The company currently has some 8,500 residential equity agreements in place, according to O’Hara, and that number is projected to approach 12,000 by year’s end.

“So, I’m responsible for Unison Investment Management, which is part of Unison, and what we do is we raise money from institutional investors primarily,” O’Hara said. “That’s where the money comes from to fund them, [the REAs].”

As part of a Unison’s REA product, the company will invest up to 17.5% of a home’s value after a 2.5% risk-adjustment haircut on the value of the property. The company and homeowner then share in any appreciation, or depreciation, of the home’s value over the course of the contract.

The homeowner has up to 30 years to pay off the initial investment, plus Unison’s appreciation cut, through a sale or refinancing of the home — or through a contract buyout after three-year lock-in period. As part of the REA, Unison’s share of the home’s appreciation can range from 20% to 70%, depending on size of the equity investment advanced.

“We’re sitting in an equity position side by side with the homeowner,” O’Hara said. “So, if the price goes up, the homeowner benefits, and we benefit as well.

“If the price goes down, the homeowners are losing some of their equity, but we are also losing equity in our position at the same time.”

Although each has slight variations, Unison’s REAs are similar to shared home-equity contracts offered through other companies competing in the space, including fintech Point, which describes its product as a home-equity investment contract, or HEI.

“We expect to be back in the market sometime next year,” Redwood’s Stern said in 2021 at the time the deal was announced. “Since this [HEI securitization] deal was the first of its kind, we are still determining the next deal size and frequency of future securitizations. The decision will be contingent on many factors, including market conditions, origination outlook, etc.”

Like the Redwood/Point offering, the bondholders in the Unison deal will get paid a monthly coupon from the cash flow generated by contract pay-offs. O’Hara said the Unison securitization deal assumes an annualized REI contract turnover rate of 12% to 15%.

“If payments come in earlier or there’s a higher HPA [home price appreciation] that will be used to pay down the bonds ahead of the expected call dates,” O’Hara said.

As for Redwood, officials there declined to discuss at this time whether the company is pursuing any HEI-backed securitization deals for 2022. “Redwood has an earnings release on Wednesday (February 9) and won’t be able to comment,” a company spokesperson said.

O’Hara added that in the case of Unison, the securitization market is an optimal way for the company to decrease its cost of financing while also creating more liquidity, with the goal of lowering REI costs for homeowners.

“Obviously, we want to be able to finance our positions less expensively,” O’Hara said “The goal here, however, is not to make it cheaper for us to maximize the return. Rather, it’s to lower the cost of financing [and thereby] lower the cost to homeowners over time, so more people will find it attractive to do an REA contract.

“The investors will still get a return similar to what they’re getting today, but homeowners get a better deal, so it’s cheaper for them. And everybody’s happy.”

When borrowers ‘ghost’ their servicers
Scroll to top