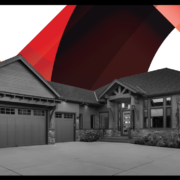 Some might call Conway, Arkansas, a bedroom community of Little Rock — the state’s capital. But, local RE/MAX Elite agent, Laura Davis, says that the city of roughly 67,000 people is so much more. “It’s a standalone city,” the Arkansas native said. “It has been a great city to work in because it is incredibly safe, and there is a steady stream of people that want to live here because the surrounding communities have great schools and some good colleges and there is a decent amount of job growth.”

While the median listing price in Conway is still below the national average, in December it was up 7.7% year-over-year to $210,000, according to Realtor.com. “The prices of homes here are steadily increasing, and it is very hard for first-time homebuyers. Starter homes are virtually non-existent, and there are a lot of investors purchasing homes at the lower price points,” Davis said. Due to this, Davis said that homebuyers have to come to the table with more money than they used to and need to be prepared to deal with bidding wars. With inventory remaining tight and demand still strong, Davis only sees this trend increasing as we get further into spring.

After experiencing a housing market that agents said left them “breathless” in 2021, Rochester real estate professionals are preparing to tackle the spring housing surge yet again. Like elsewhere in the country, Rochester is experiencing a record low level of inventory combined with a heightened demand for housing.

“People are staying in their existing homes longer so less inventory is hitting the market, and there just aren’t enough starter homes being built, so we are struggling with that too” Mark Siwiec, a local Keller Williams agent, said. While record low mortgage rates have been driving more first-time homebuyers to the housing market in Rochester, the city is also seeing a lot of so-called boomerang buyers who grew up in Rochester but moved away.

“We are seeing a decent amount of boomerang buyers, who, due to job changes or just being able to work remotely, are able to return home,” Mandy Friend Gigliotti, another local Keller Williams agent said. “Truthfully, Rochester is just a beautiful place and a great place to raise a family. There are so many amenities, there is not a lot of traffic and the culture is really strong here.”

Stunning lake views, the vibrancy of a college town and easy to access world-class ski resorts, it is simple to see why Burlington has long been a sought-after destination for homebuyers. “Burlington has seen an influx of people even prior to COVID–19,” Claire Kavanagh, a local eXp Realty agent said. “COVID-19 kind of ramped things up even more. It has been very competitive for two plus years now.”

This, of course, has resulted in rising home prices. While the median home sale price in December 2021 was lower than in 2020, in November, sales prices hit a five-year high of $482,500, according to Redfin. Local agents say these rising prices are not stopping buyers from Colorado, Florida, New York, New Jersey and California from flocking to the northern New England city. Kavanagh said that many of their out-of-state clients are looking to escape challenging environmental conditions exacerbated by climate change. “A lot of my buyers are moving from California, and for a lot of these folks, fires are a big reason they are coming this way,” she explained.

In November 2018, Paradise — a 144-year-old town that sits in the Sierra Foothills above the northeastern Sacramento Valley — was nearly destroyed by the Camp Fire, the deadliest fire in the history of the state. “Every home, every little business, there were a few that made it along the main streets, but other than that, at least 95–98% of the residential housing in the area was gone,” local eXp Realty agent, Mike Stearns, said.

Prior to the fire, the town’s population was nearly 27,000; yet, by the end of 2019, just 4,608 people called the town home. However, by early 2021 the town’s population was already on the rise with roughly 6,000 people residing in Paradise. While the threat of fire still looms over Paradise, for some prospective home- buyers the median home sales price of $469,000 in December is too good to pass up. “I think that [the threat of fire] is the biggest hurdle in getting people to go back or getting new people to the area,” Shane Collins, a RE/MAX agent, in the neighboring city of Chico, said. “The people who do end up buying here, it is slightly more affordable and that kind of pushes them into deciding to buy here.”

Like Rochester, Columbus has seen an influx of boomerang buyers thanks to the increase in remote and work-from-home flexibility brought on by the COVID-19 pandemic. Local agents say the city’s small-town feel combined with big-city amenities like an NHL team, a vibrant arts district and a Big Ten university football team are exactly why these homebuyers are returning. The metro area’s relatively affordable median home sale price of $235,000, according to Redfin, doesn’t hurt either. Realtor.com named Columbus its number five housing market positioned for growth in 2022, and iBuyer Offerpad launched its services there last fall.

“There are many factors that make Columbus an exciting real estate market for Offerpad, including the area’s population growth spurred by its job market history and outlook,” Todd Bird, the general manager of Offerpad’s Columbus market, said in an email. “The Columbus metro attracts teh manufacturers, retail headquarters, medical research facilities and other job creators; Intel recently announced business plans that will bring thousands of new jobs to the area. This feeds into the organic real estate movement in the area and reinforces key points that made Columbus attractive to Offerpad even before our start in the area.”

Local Markets was originally featured in the April Issue of HousingWire Magazine. To read the full issue, click here.

The post Here’s an inside look at local housing markets across the country appeared first on HousingWire.