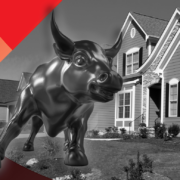 Investment bank Goldman Sachs, through its affiliate Goldman Sachs Mortgage Co., has sponsored 18 private-label transactions so far in 2021 backed by more than 20,000 loans valued collectively at $9.9 billion, an analysis of bond-rating reports shows.

Goldman Sachs’ string of residential mortgage-backed securities (RMBS) offerings this year were dominated by a dozen prime jumbo-loan deals backed by loan pools valued at $7.7 billion. Securitizations in the prime jumbo space have been on a tear so far in 2021.

MAXEX, which operates a major loan-aggregating platform that serves the RMBS market, indicates that through October, the loan-pool value of prime jumbo private-label offerings stood at nearly $44 billion –which dwarfs 2020’s total — and executives with MAXEX expect the figure to easily exceed $50 billion by year’s end.

Michael Franco, CEO of SitusAMC, which provides due-diligence services to RMBS issuers, said market dynamics have played a major role in the dominance of jumbo-loan securitizations in the private-label market this year.

“The [private-label] market started coming back this year [after dropping off in 2020 due to the pandemic], and deals started getting done,” Franco said. “Home prices are rising, so there’s additional collateralization, and that makes people feel comfortable with residential risk in the search for yields.

The balance of Goldman Sachs’ private-label deals through November in 2021 involved primarily RMBS transactions backed by agency-eligible investment properties. Those deals were fueled, in large part, by changes in January to the preferred stock purchase agreements governing Fannie Mae and Freddie Mac. The key change was a cap placed on the agencies’ acquisition of mortgages secured by second homes and investment properties.

The amendments to the PSPA, however, were suspended in September of this year and are now under review by FHFA. In the coming months, the effect of the rollback of that cap is expected to be felt in the private-label market.

“As we move forward in the coming months, we expect to see this volume fall off as originators sell the majority of agency-eligible NOO [mortgages on nonowner-occupied homes] to Fannie Mae and Freddie Mac,” states a recent report by MAXEX, which operates a loan aggregation platform that serves lenders, including private-label issuers of jumbo-loan securitizations.

The explosive demand for and growth in the jumbo-loan market existing outside the agency space also has focused the attention of some bond-rating firms on the use of automated underwriting platforms in originating those loans — which are later packaged into RMBS deals. The move toward greater automation in the private market is being driven, in part, by record loan originations coupled with a shortage of underwriters in the industry available for loan-origination and private-label due-diligence reviews.

Bond-rating firm Moody’s Investor Service highlights three of Goldman Sachs deals that involved the use of automated underwriting systems (AUS). Two of the prime jumbo RMBS deals singled out by Moody’s involved loan originator United Wholesale Mortgage (UWM) and the third was a deal in which Movement Mortgage was the loan originator. In all three cases, Moody’s indicated it was increasing expected loss assumptions due to the lack of track record of AUS-underwritten jumbo loans.

“We made an adjustment to our losses for loans originated by UWM primarily due to the fact that underwriting prime jumbo loans mainly through DU [Fannie Mae’s AUS] is fairly new, and no performance history has been provided to Moody’s on these types of loans,” Moody’s states in an October presale report reviewing a Goldman Sachs’ RMBS offering. “More time is needed to assess UWM’s ability to consistently produce high-quality prime jumbo residential mortgage loans under this program.”

“We concluded that these loans were fully documented loans, and that the underwriting of the loans is acceptable. Therefore, we ran these loans as ‘full documentation’ loans in our MILAN model but increased our … expected loss assumptions due to the lack of performance, track record and substantial overlays of the AUS-underwritten loans.”

Goldman Sachs did not reply to a request for comment.

“Would you rather use a dataset [like Desktop Underwriter) that has… tens of millions of transactions every year, with up-to-date information in every possible market segment, or would you rather use a smaller data set that might be only for prime jumbo loans, but it’s got one-thirtieth of the data available to it that DU has?” Mayhew asked. “Now, I do think you have to use your common sense.

“If you go up to $1.6 million to $1.7 million [for a jumbo mortgage], I think they [the agencies] have a pretty good data set for that. Now, if you’re talking about a super-jumbos in the $2 million to $5 million range, I think you have to draw a line and say maybe it’s not the best evaluation tool for those borrowers.”

The average loan balance in the pools for the three private-label deals highlighted by Moody’s was between $990,000 and $1 million, according to the bond-rating reports.

Time will tell whether using automated underwriting platforms developed by Fannie and Freddie to originate prime jumbo loans proves to be a great solution for the market or a future stumbling block. Regardless, the continuing imbalance between housing supply and demand, promises to keep upward pressure on home prices going forward, which is seen as a tailwind for the jumbo-loan market, according to executives at MAXEX.

“There is almost a three- or four-year lack of supply of new homes that exists out there, versus the demand from homeowners, and unless a new supply of homes comes online soon, these supply/demand dynamics could further drive housing prices up,” said MAXEX CEO Tom Pearce.

Adds Greg Richardson, chief commercial officer at MAXEX: “As loan sizes go up, we have the ability to put more and more production into these [jumbo-loan] products.”

As a headwind for the prime jumbo market, however, Keith Lind, executive chairman and president of non-QM player Acra Lending, points out that mortgage refinancing in 2022 is projected to be down by as much as 62% —according to an estimate from the Mortgage Bankers Association that assumes rates could reach 4% next year.

“The margins [for prime jumbo loans] are extremely thin after hedging and deal fees and everything else,” Lind said. “This all depends on how fast they move rates, but with those refinancings, the majority of that is prime jumbo and agency [mortgages.]

“So, I think as rates rise, that market probably shrinks pretty fast.”

The post Goldman Sachs plants its flag in the jumbo-loan gold rush appeared first on HousingWire.