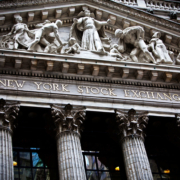 The IPO will provide the company with a much-needed bailout, as it stares down $1 billion in debt coming due this year. But the Raleigh, North Carolina-based company is not just tapping public markets for a cash infusion.

Bayview Asset Management, a Blackstone Group-backed real estate investment trust which invests in mortgage-backed securities, will purchase 4 million shares of Enact in a private sale, giving it approximately an 18% stake. In 2008, Blackstone Group acquired a 46% stake in Bayview, which now has $14.9 billion in assets under management.

In a January joint statement, Genworth and China Oceanwide acknowledged the uncertainty surrounding the deal, which had been in the works since 2016. The two previously said they planned to extend a December 2020 deadline to close the transaction, but that did not happen.

The companies cited COVID-19 pandemic restrictions and the finalization of financing terms as obstacles to closing the deal. But the transaction had already faced other roadblocks, including shareholders who sued to block the deal. In 2018, the companies refiled paperwork with the Department of the Treasury as part of a review to assess if the transaction could impact national security.

Still, Genworth had said as late as January that it was open to completing the deal. But it also pointed to steps it was taking in case the deal did not materialize.

The contingency plan, Genworth said at the time, included the sale of its Canadian mortgage insurance business for $1.8 billion in 2019. The company also said it settled existing litigation with AXA, the french insurance firm, in July 2020. The next month, it held a $750 million debt offering.

J.P. Morgan Securities and Goldman Sachs will jointly manage the IPO. The company said it expects shares to fetch between $20 and $24 per share, and will trade on the Nasdaq stock exchange under the symbol “ACT.”

More renters and homeowners are making payments
Scroll to top