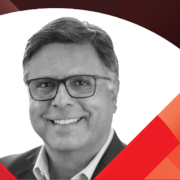 Over the next two decades, housing finance experts predict Hispanic homeowners will make up 70% of all new homeowners.

That figure explains at least some of the palpable optimism among attendees of the policy summit the National Association of Hispanic Real Estate Professionals hosted this week in Washington, D.C. Gary Acosta, the trade association’s CEO, however, isn’t taking those projected gains as a given.

Latino borrowers lag non-Hispanic white borrowers in terms of homeownership, and they are underrepresented in conventional mortgage originations and refinances.

In 2020, Hispanic or Latino borrowers made up just 8% of Fannie Mae-backed refinances, and 7% of Freddie Mac-backed refinances, while non-Hispanic whites accounted for about two-thirds of agency refinances, according to the Federal Housing Finance Agency’s latest figures. About two-thirds of purchase originations financed by the GSEs that year went to non-Hispanic white borrowers, while 10.9% of loans purchased by Fannie Mae, and 8.4% purchased by Freddie Mac, went to Latino or Hispanic borrowers.

Acosta is attuned to the importance of nudging policy makers toward decisions that take into account the unique challenges of Latinos. He’s outspoken on his view that the government-sponsored enterprises exist to serve markets that are not well-served by the private sector, and he has some suggestions for how they might accomplish that mission.

Acosta chaired the Consumer Financial Protection Bureau’s mortgage committee while Richard Cordray led the watchdog agency. He has served on the advisory boards of Fannie Mae and Freddie Mac, and the board of directors at the Mortgage Bankers Association.

HousingWire interviewed Acosta this week to hear his views on some of the most pressing housing policy questions affecting Latinos, including issues before the FHFA and the GSEs, the Federal Housing Administration, and his view that the CFPB — despite its sometimes antagonistic tone — hasn’t been all bad for mortgage bankers. Here’s what he had to say. (Editor’s note: This interview has been lightly edited for length and clarity.)

Georgia Kromrei: The equitable housing finance plans for the GSEs, which the FHFA announced last September, were due at the beginning of the year — we’re still waiting on those. What are you hoping to see in those plans?

Gary Acosta: Latinos tend to live in multi generational households more frequently. Government agencies have been looking at that for a while. Especially with affordability, we’re probably going to see more families sort of pooling their resources together to be able to purchase homes. And so qualifying those people, and broadening the window a little bit to accommodate some of those creditworthy borrowers is something that I hope we can accomplish through some of this.

GK: What else would you like to see the GSEs do to widen the credit window?

GA: Loan-level price adjustments tend to impact people with low down payments, credit scores on the margins, just tend to disproportionately impact first time homebuyers, and particularly those of color. And so you know, we’ve been back and forth on that — but we believe that the risk should be spread out a little bit more throughout the portfolio. Because the people who need the relief and affordability the most are the ones who pay the highest prices. That’s just counterintuitive.

Fannie and Freddie, as government sponsored enterprises, have an obligation to serve market segments that the private sector would not serve adequately. That’s why the government is in that space. They should specifically be there to serve borrowers that would not otherwise be served.

Now, I’m not naive. I understand that there are risk factors. Clearly somebody with a low down payment that has a lower FICO score or credit score is, on paper, a more risky borrower. But I do think that that risk can be better spread throughout the portfolio.

GK: We’ve now heard from the CFPB, the Department of Housing and Urban Development as well as the FHFA on special purpose credit programs. What questions remain before there is widespread adoption among lenders? Who should answer those questions?

GA: Lenders are going to be concerned with two primary things. One is reps and warrants: Do these loans create more risks in terms of repurchase risk in itself? I think the GSEs could do a lot by being very explicit, in terms of where those bright lines are, where those lenders are at risk of repurchase scenarios, and the lenders have said all they need is definition.

Second is profitability and profit margins. And so I think one of the good things CFPB did is really get a handle on compensation for mortgages for loan originators. I think all that is good. But again, one of the unintended consequences of the compensation caps [is that it is sometimes] unrealistic to originate loans that have enough profit in them to substantiate that. So you’ve got to pay loan officers the same on any loans they originate. If there are loans that are just more expensive to manufacture, or the margins just aren’t there, the lenders are going to say, ‘We want to do fewer of those loans.’

GK: One survey showed that Latinos are more likely than non-Hispanic whites to own an investment property. How does that inform your thinking on the new fees from FHFA on second-home loans?

GA: Sometimes, what we call mom and pop investors get lumped in with institutional investors. Therefore, the perception is that we don’t need to help those guys. They’re the ones with all the capital, they don’t need the GSEs, or any government support to help facilitate that further. I think that’s incorrect. There’s a big opportunity to create wealth, especially amongst diverse communities, and communities of color, by investing in small one-to-four unit real estate properties as investments. And to the extent that Fannie Mae and Freddie Mac can be helpful in that area, I think they should be, and they shouldn’t be discouraged from investing in those types of products, the way you would be led to believe based on some of these policies.”

GK: Some give FHA Principal Deputy Assistant Secretary Lopa Kolluri credit for the decision to keep mortgage insurance premiums at their current levels. Others argue it’s past time to lower the premiums, given the stellar performance of the Mutual Mortgage Insurance fund. Where do you fall on that issue?

The levers available to [FHA] are limited without a confirmed FHA Commissioner. And I do think that people obviously are going to be much more measured in any of the moves they make, without that position covered and fully confirmed by the Senate.

I haven’t been one of the advocates that say, you know, hey, we’ve got to, ratchet [the mortgage insurance premiums] down as soon as we get on the other side of the minimum reserve requirement. I don’t think there’s anything wrong with building up a little bit of a cushion there to preserve the viability of the FHA fund for the long run. I’m a big supporter of that. Eventually we’re going to have to really look closely at whether or not we can reduce those fees and therefore improve affordability. But I’m not one who thinks that we have to do that instantaneously.

GK: What do you think Julia Gordon’s top priorities should be if/when she does get confirmed as FHA commissioner?

GA: I know Julia really well, and I think she was an excellent choice for that position. She brings a wealth of knowledge and experience to that position as somebody who was more of a practitioner than mortgage banker. But she’s been basically in the industry and understands it more than a lot of other political appointees have.

I think she has to look very closely at FHA’s commitment to diverse markets, particularly the Latino market. I used to kid that FHA used to stand for ‘For Hispanic Applicants,’ because it was such a viable product for Latino homebuyers in particular. But we’ve seen those numbers decrease over the last few years in terms of the proportion of the market and market share that they have. There are technology issues over there that are limiting access to that program, and to the extent she can bring some solutions around that, that would be great.

It was really great to see that DACA recipients were formally approved for FHA programs. There’s still a lot of lenders who are reluctant to go after those products more aggressively. I think Julia could be helpful in creating comfort around that, and creating very clear bright lines as to where the red letters exposure might be in a loan like that.

GK: Some have said that under the leadership of Rohit Chopra, the CFPB is returning to a policy of “regulation by enforcement,” and have likened him to former CFPB Director Richard Cordray. What do you think of the renewed focus on enforcement?

GA: A Democratic administration is going to have the perception that it is much more focused on enforcement. But at the agency, for the most part, I look at outcomes and not necessarily tactics. And I think the outcome of the agency has been very positive for the industry. In the long run, we have more competition. The competition, the playing field in the mortgage banking space, in particular, is much more level than it was prior to the creation of the CFPB. I think all of that has played out well, for consumers and for mortgage bankers, frankly.

Will the housing inventory crisis end this year?
Scroll to top