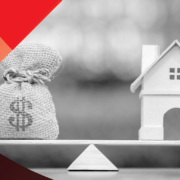 The mortgage servicing rights (MSR) market is continuing to pump out new deals.

Freedom Mortgage, one of the country’s largest mortgage servicers, recently unveiled its second private-label offering this year backed by MSRs.

Monthly valuations of the MSRs for both offerings will be performed by SitusAMC, Kroll Bond Rating Agency (KBRA) reports. SitusAMC supports more most of the country’s largest MSR asset holders, including banks, mortgage banks and servicers, KBRA notes, and “every month, SitusAMC values approximately $5 trillion of MSRs and has traded more than $280 billion of MSR … since 2017.”

MSRs gain value as interest rates rise, in part because upward-bound rates cause mortgage refinancing to slow to a crawl. That reduces mortgage-prepayment speeds — increasing the effective long-term yield of the servicing rights tied to those loans.

Freedom Mortgage is not the only mortgage originator to tap the private label market seeking to leverage its MSR holdings. Subsidiaries of Westlake Village, California-based Pennymac Financial Services Inc. (PFSI), which ranks as one of the top five mortgage lenders nationally, this past June also unveiled private-label offerings seeking to raise more than $700 million in the debt markets through the sale of notes secured by MSRs.

The transactions include a note offering of $305 million sponsored by PFSI subsidiary Pennymac Mortgage Investment Trust that is “secured by certain participation certificates relating to Fannie Mae mortgage servicing rights [MSRs],” according to a filing by PFSI with the U.S. Securities and Exchange Commission (SEC).

Another subsidiary of PFSI, Pennymac Loan Services LLC, issued a separate private-label issuance of participation certificates valued in total at $400 million. The notes are backed by Ginnie Mae mortgage-servicing rights, according to a presale report by KBRA.

Monthly valuations of the MSRs for both offerings will be performed by Denver-based Incenter Mortgage Advisors, KBRA reports. Incenter has managed more than $1.5 billion in MSR sales and purchases, according to KBRA.

On another front, three new bulk MSR offerings for agency loan portfolios valued at some $1.48 billion are now in circulation with bids due in early August.

The seller for both deals is identified as “an independent mortgage banker.”

In addition to the MSR offering being marketed by Prestwick and MCT, New York-based Mortgage Industry Advisory Corp. (or MIAC Analytics) recently released bid documents for an $816 million MSR offering involving a bulk Fannie Mae, Freddie Mac and Ginnie Mae loan-servicing portfolio composed of 2,400 mortgages. The seller is identified in bid documents as a “mortgage company that originates loans with a concentration in California.”

In early July, as the third quarter was kicking off, four mortgage-servicing rights (MSR) offerings for agency loan portfolios valued at some $3.7 billion also hit the market.

Finally, on the last day of June, MIAC Analytics released bid documents for an MSR offering it is brokering that exceeds $5 billion in value. “MIAC Analytics, as exclusive representative for the seller, is pleased to offer for your review and consideration a $5.22 billion Fannie Mae, Freddie Mac and Ginnie Mae mortgage-servicing portfolio,” the offering documents state. “The portfolio is being offered by a mortgage company that originates loans with a concentration in California.”

Rocket doubles down on solar
Scroll to top