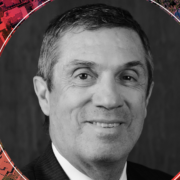 Flagstar Bancorp. has been on a tear in 2021 when it comes to pursuing private-label securitizations, with 13 deals backed by some 22,000 home loans valued at $8 billion now under its belt through mid-November of this year.

A pending merger with a New York bank boasting $58 billion in assets, once finalized, promises to further bolster Flagstar’s activity in the private-label space in the year ahead. Troy, Michigan-based Flagstar, a federal savings bank with some $27 billion in assets, and New York Community Bancorp (NYCB) announced plans to merge in April.

The lenders’ shareholders voted to approve the $2.6 billion deal in August. But the merger with NYCB, the top multifamily lender in New York, is not expected to close until sometime next year, as it still needs to be blessed by state and federal regulators.

“Upon closing, the combined company will have $85 billion in total assets, operate nearly 400 traditional branches in nine states, and 86 retail lending offices across a 28-state footprint,” NYCB stated in a press release. “It will have its headquarters on Long Island, N.Y., with regional headquarters in Troy, Michigan, including Flagstar’s mortgage business.”

That mortgage business has been driving Flagstar’s robust private-label residential mortgage-backed securities (RMBS) activity so far this year. Through mid-November, that RMBS deal-making is split between securitizations backed by mortgages on investment properties and second homes, and offerings collateralized primarily by jumbo loans — the latter being high-value mortgages ineligible for purchase by Fannie Mae or Freddie Mac.

The post Flagstar is banking on the private-label market appeared first on HousingWire.

Refi applications down 31% from last year
Scroll to top