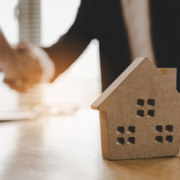 Finance of America intends to acquire Parkside Lending‘s third-party origination channel operation for $40 million, the publicly traded lender and servicer announced Tuesday. It’s the latest in a string of big M&A deals in the mortgage lending space – and the growing wholesale channel in particular – over the past six months.

The deal, which is expected to close in the second quarter, will boost Finance of America’s third-party origination coverage by more than 1,000 brokers with little customer overlap, the firm said in a statement. Finance of America said it puts the company on the path of becoming a “top-five performer” in the segment, which has grown to roughly 20% of the overall mortgage market.

“This transaction aligns with our proven strategy of advancing our growth priorities through the acquisition of highly complementary businesses where we can leverage our platform and resources to drive enhanced operating and financial performance,” said Patricia Cook, CEO of Finance of America. “Parkside Lending’s philosophy is similar to our own in that the firm is able to pivot between products to maximize profits or minimize risk as market conditions shift. This approach should prove powerful in terms of fueling origination opportunities as we introduce our products to the firm’s vast network of mortgage professionals.”

Parkside, founded in 2004 in San Francisco and led by CEO Matt Ostrander, also operates correspondent and retail channels. It was also not immediately clear if Parkside’s wholesale operation would maintain its existing branding and operations, or if it would be folded into Finance of America’s.

The acquisition of Parkside’s wholesale business comes roughly one month after Finance of America’s acquisition of Renovate America’s Benji business, an expansion into the home improvement lending space. The firm said Tuesday it expects to make additional acquisitions in the future. It originated roughly $30 billion in mortgages last year across its retail, correspondent and wholesale businesses. The company notably increased the number of wholesale employees by 100% in 2020, it said Tuesday.

“Our TPO business is a part of our long-term growth strategy,” Bill Dallas, president of Finance of America, said in a statement. “We pride ourselves on offering the widest range of products and tailored solutions designed to meet the needs of our valued broker partners and their clients during any economic and home buying cycle. We’re excited about the enhanced scale this transaction provides as it will materially increase our production volume and enable us to distribute a larger number of proprietary products in the future, propelling continued growth.”

The first big acquisition to rock the wholesale channel came when Guaranteed Rate bought Stearns Lending in January of this year for an undisclosed price. The deal gave the Chicago-based retail lender access to the wholesale channel. Similarly, New Residential Investment Corp. earlier this month announced a deal to acquire Caliber Home Loans, a top-three wholesale lender, for $1.7 billion.